Nevin Al Sukari - Sana'a - KAUAI, Dec 28 ― The wreckage of a Hawaii sightseeing helicopter that went missing with seven people aboard was located yesterday on the island of Kauai, a day after contact with the chopper was lost during its tour of the famed Na Pali Coast, police said.

The crash site of the aircraft, flown by Kauai-based tour operator Safari Helicopters, was confirmed in the area of Koke'e State Park, near Waimea Canyon, in the northwestern corner of the island, the Kauai police department said on Facebook.

The fate of the pilot and six passengers, two of them children, was not immediately known.

“Additional resources are on the way, and the search for survivors is ongoing,” the police statement said.

The helicopter went down near an area of Koke'e State Park called Nu'alolo, a steep-sided valley, according to police. Koke'e is situated just north of Waimea Canyon State Park, a popular tourist destination known as the “Grand Canyon of the Pacific.”

An initial search was launched on Thursday around sunset just after Safari alerted authorities that the chopper had gone missing and was 40 minutes overdue from its return, officials said.

A US Coast Guard cutter vessel and an MH-65 Dolphin helicopter crew were immediately dispatched, and the search was expanded at daybreak on Friday to include a Coast Guard HC-130 Hercules airplane as well as helicopter teams from the US Navy and Kauai Fire Department.

According to its website, Safari offers aerial sightseeing excursions to Kauai's major attractions over the Na Pali Coast and Waimea Canyon lasting either one hour or 90 minutes, depending on the selected tour package.

The last contact with the helicopter in question was at about 4.40pm local time with a message from the pilot that the tour was leaving the Waimea Canyon area, police said. The missing aircraft, which took off from Lihue on the southeastern end of the island, was equipped with an electronic locator beacon, but no signals were received after it disappeared, the Coast Guard said.

The Na Pali Coast, known for jagged green cliffs jutting from the blue waters of the Pacific and laced with towering waterfalls, is one of the most visited attractions on Kauai, the western-most inhabited island in the Hawaiian chain. ― Reuters

These were the details of the news Wreckage found of Hawaii tour helicopter reported missing with seven aboard for this day. We hope that we have succeeded by giving you the full details and information. To follow all our news, you can subscribe to the alerts system or to one of our different systems to provide you with all that is new. 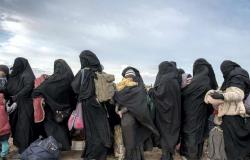