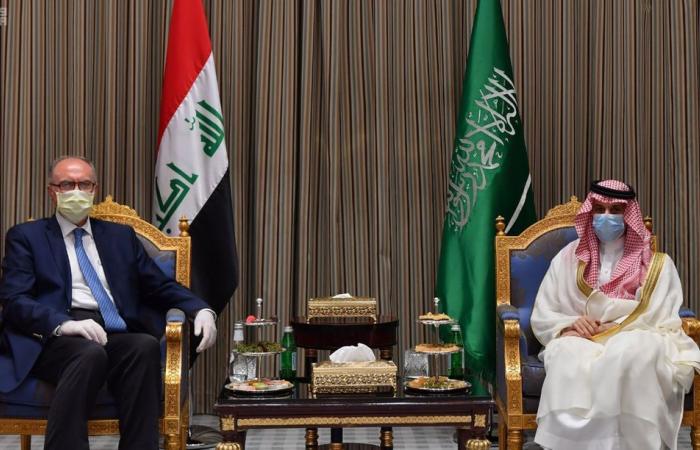 Hind Al Soulia - Riyadh - A veteran Iraqi economist who is advising the country's new prime minister has revealed astounding figures on government waste in the resource-rich but impoverished nation.

Mudher Salih painted a picture of a state obsessed with generating cash from its oil sector without taking action to develop the country or plug black holes in the budget that have been sucking vital liquidity out of public finances for years.

Mr Salih told the official Iraqi news agency on Tuesday that the electricity sector alone costs the government around $10 billion (Dh36.7 billion) a year to operate but generates only seven per cent of its operating costs in revenue. The country also suffers crippling power cuts and imports electricity and gas from neighbours to boost production.

The former central bank official is one of the few senior independent experts in Iraq who survived purges under Saddam Hussein.

He retained a senior position in the state after the consolidation of the Shiite political ascendency in 2005, the year Iraq had its first democratic poll post-Saddam.

Mr Salih said the state imported $50 billion worth of fuel in the last ten years, although Iraq is one of the top five members of the Organization of the Petroleum Exporting Countries (Opec).

"This amount could have been used to build ten large oil refineries," Mr Salih said. "Big structural changes are needed in the electricity and oil sector."

Without "real" investment, Mr Salih said Iraq will have no capacity to develop and progress". He added that investment was mostly made to produce more oil and that revenues outside the sector are non-existent.

He said the government will be taking "emergency measures and they will be very difficult, in addition to a long-term reform process to activate the private sector."

Mr Salih's comments echo warning by the World Bank in a recent report about Iraq "facing a combination of acute shocks, which the country is ill-prepared to manage."

The report, dated Spring of this year, highlights challenges including the collapse in oil prices, the coronavirus, pandemic and "growing discontent over poor service delivery, rising corruption, and lack of jobs."

The World Bank predicted a debt trap scenario that would "create pressures on the exchange rate and inflation."

The scenario assumes that if oil prices stabilised in the low $30s per barrel, Iraq would still need to raise $67 billion in financing, equivalent to 39 per cent of gross domestic product, to cover spending.

"Implementing reforms in Iraq has become even more crucial for the sustainability of growth and job creation," the report said.

Mr Kadhimi said he found state coffers "nearly empty" when parliament confirmed him on May 5.

Mr Allawi's first trip abroad as an official over the weekend was to Saudi Arabia, the default destination for most Arab nations in economic trouble.

In March this year, Mr Allawi made a presentation at a closed-door meeting in Berlin in which he charted a historical analysis of corruption in Iraq.

A copy of the presentation, entitled "The Political Economy of Institutional Decay and Official Corruption: The Case of Iraq," was seen by The National.

Mr Allawi said that until the 1980s, "Iraq was not perceived as a corrupt country."

He traced the beginning of the malaise to the 1970s. He said fear of the one-party Baath state in that decade and "ideological fervour" replaced "religio-ethical norms and conventions as the main enforcement tool to prevent the occurrence of widespread corruption."

The first Gulf War in 1990-1991, he said, ushered "catastrophic economic, social, and administrative collapse". It was superseded by the era after the US-led invasion in which Mr Allawi said corruption "had risen markedly, and institutional decay was everywhere."

Mr Allawi said he had come across estimates of individual Iraqi assets outside the country as low as $100 billion and as high as $300 billion.

"The best estimates are approximately $125 to $150 billion," Mr Allawi said. "The large majority of these assets are illegitimately acquired.

These were the details of the news Senior Iraqi official lays out just how bad country’s finances are for this day. We hope that we have succeeded by giving you the full details and information. To follow all our news, you can subscribe to the alerts system or to one of our different systems to provide you with all that is new.