Hamdok: Sudan faces one last hurdle in restoring full ties with US 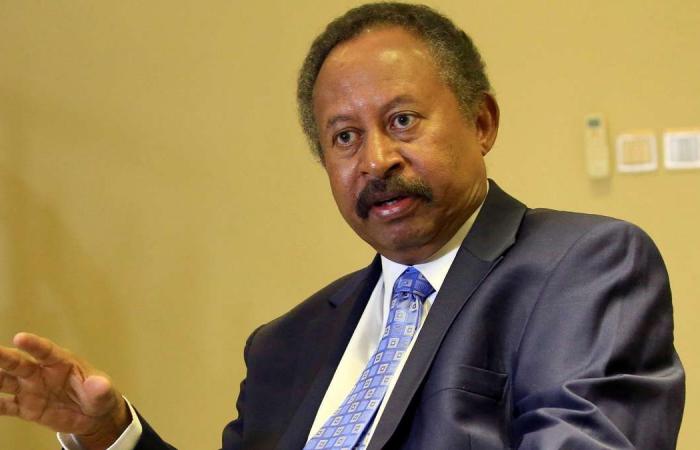 Thank you for your reading and interest in the news Hamdok: Sudan faces one last hurdle in restoring full ties with US and now with details

Hind Al Soulia - Riyadh - Fresh from a week-long long visit to Washington, Sudan’s prime minister said his country had met all but one condition set by the United States to be removed from its list of state sponsors of terrorism.

Getting off that list, which includes Iran, North Korea and Syria, would pave the way for Sudan to seek restructuring of its foreign debt of $60 billion (Dh220.35bn) and a resumption of badly needed economic aid to the cash-strapped country of about 40 million people.

Addressing a news conference shortly after his return home from Washington on Sunday night, Prime Minister Abdalla Hamdok cast his trip to the US as a success.

“We started a new Sudan and a new dawn and it’s clear that the world is taking this with the same amount of seriousness. In fact, if we continue like this, we will be able to shepherd our country to the shores of safety,” he said.

Sudan and the United States agreed last week to upgrade their diplomatic relations by appointing ambassadors for the first time in 23 years. It was a giant step towards returning Sudan to the international fold after decades out in the cold under the rule of Omar Al Bashir, the country’s autocratic ruler of 29 years who was removed by the military in April after months of street protests.

Mr Hamdok, however, made it clear that removing Sudan from the list of state sponsors of terrorism was a “process” that could take a “long time” to complete.

He said Sudan had met six of the seven conditions for the Trump administration to ask Congress to clear the country’s name. These were ensuring the delivery of emergency aid to crisis areas in Sudan; respect for human rights; religious freedoms; suspending any military co-operation with North Korea; holding talks to end civil strife in the west and south of the country; and counterterrorism co-operation.

What is left, he said, was to honor US court rulings requiring Sudan to pay large sums in compensation to victims of the 2000 terrorist attack on the USS Cole, a destroyer, in Yemen and the bombing of the US embassies in Nairobi and Addis Ababa in 1998.

“Our aim is to reduce it to a small figure,” Mr Hamdok said.

The prime minister said the total compensation of $11bn awarded by the courts had already been whittled down to “hundreds of millions” through negotiations in recent months.

“We are seeking an agreement that immunises the Sudanese state against any future court cases,” he said.

The US Supreme Court in March prevented American sailors injured in the Cole attack from collecting $314.7 million in damages from the government of Sudan for its alleged role in the attack.

In an 8-1 ruling, the justices overturned a lower court’s decision that allowed the sailors to collect the damages from banks holding Sudanese assets. The decision represented a major victory for Sudan, which denies that it provided any support to Al Qaeda for the attack in Yemen.

Sudan is also accused of supporting Al Qaeda in the bombings of the US embassies.

Beside these attacks, Sudan’s international standing under Mr Al Bashir was hurt by the war between government forces and rebels in the western Darfur region in the 2000s. About 300,000 people were killed and many more displaced in the violence, leading the International Criminal Court to indict Mr Al Bashir and several of his aides for genocide and crimes against humanity nearly a decade ago.

The former president is in detention in Khartoum while on trial for corruption. He also faces charges related to the 1989 military coup against a freely elected but ineffective government.

These were the details of the news Hamdok: Sudan faces one last hurdle in restoring full ties with US for this day. We hope that we have succeeded by giving you the full details and information. To follow all our news, you can subscribe to the alerts system or to one of our different systems to provide you with all that is new.