Bollywood News - Had enough of 'Contagion'? Here are some escapist movies to ... 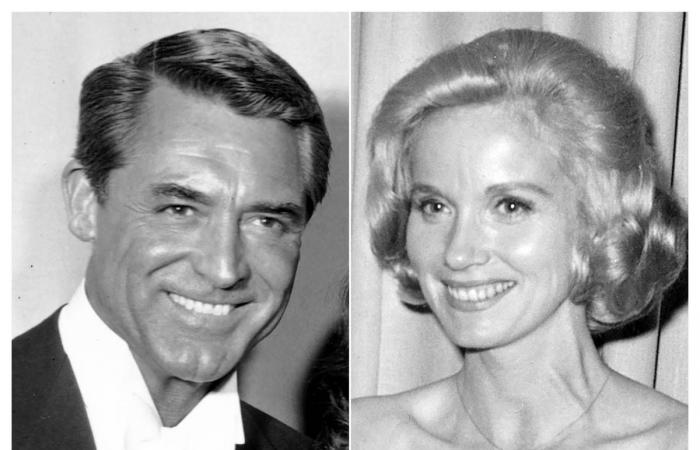 Thank you for reading the news about Had enough of 'Contagion'? Here are some escapist movies to ... and now with the details

Aden - Yasmine El Tohamy - When many were rushing to rewatch Contagion, the eerily prophetic 2011 Steven Soderbergh film about the outbreak of an easily transmitted virus, I was searching for more comforting escapes. I reached for North by Northwest the way a baby grasps for a pacifier.

Even in a pandemic, it's incredibly hard to watch North by Northwest without a perpetual grin on your face. Its jauntiness, buoyed by Bernard Herrmann's score, can outlast any calamity. The one we find ourselves in now doesn't feel so dissimilar to the blindsiding, why-me mystery Cary Grant stumbles into. We were just standing there, minding our own business, when suddenly a crop duster on the horizon turned and headed straight for us.

What to watch has been one of the most common quandaries of quarantine. For me, even Groundhog Day hits too close to home right now. But less obvious movies can also take on surprising relevancy.

I had forgotten, for example, that Hud, Martin Ritt's 1963 black-and-white western, involves an outbreak of hoof-and-mouth disease. Just when you're agog at Patricia Neal or swooning at Paul Newman (both refuges unto themselves), the film suddenly steps out of 1960s Texas and into today. Newman's Hud, standing over dead livestock, decries a larger injustice: "This country is run on epidemics, where you been?"

The Depression spawned some of the most effervescent movies ever made. Moviegoers, yearning for escape, flocked to lavish musicals, delirious screwball comedies and shadowy film noirs.

That movie diet is as good now as it was then.

Since then, "escapism" has become big business and the domain of superheroes. But escape comes in many forms. Even the most challenging films transport, enveloping you in another world, another life - something that when so much is cut off from us feels like a lifeline.

In that spirit, here are some films, old and new, that can provide some comfort through their elan, humanity and wit. Warm blankets come in all sizes; comfort food in many flavors.

- My Man Godfrey: Most of the best screwballs of the Depression unleashed a wild, freewheeling farce on American high society. In this 1936 classic, William Powell plays a vagrant plucked off the street by a wealthy sponsor (Carole Lombard). As in the best screwballs, the animal kingdom makes an occasional cameo. Here, it's a goat and a gorilla impression. In Bringing Up Baby, it's a leopard. In The Awful Truth, a dog. Powell, star of The Thin Man movies, is, as ever, a tonic - or, if you prefer, a cocktail.

- You'll Never Get Rich: Like Powell, Fred Astaire is one of those Break-in-Case-of-Emergency movie stars, capable of providing a lift in any time. He's better known for his pairings with Ginger Rogers, but in this 1941 wartime musical, Rita Hayworth is his dancing partner. She nearly blows him off the screen.

- Out of the Past: The noirs of the '40s might not seem like the stuff of warm blankets, but the best of them - Laura, Double Indemnity, Gilda, The Asphalt Jungle - craft such an intoxicating bed of post-war alienation and fatalism that you can just lay down in them. Jacques Tourneur's 1947 Out of the Past, with Robert Mitchum, Jane Greer and Kirk Douglas, has a smoky structure, nearly entirely told in flashback, that makes it seem unknowable and new every time.

- The Nice Guys: A much more recent detective tale and a whole lot more ridiculous. Shane Black's 2016 comedy, with Ryan Gosling and Russell Crowe as private investigators in '70s Los Angeles, is part-noir, part-screwball. It's irresistible mainly for Gosling's all-out slapstick performance. Not just a B-side to his more lauded dramatic work, it's the best thing he's ever done.

- I Know Where I'm Going!: Little in movies reaches the sublimity of Michael Powell and Emeric Pressburger's films (The Red Shoes, A Matter of Life and Death, The Life and Death of Colonel Blimp) and their 1945 romantic adventure, set on the Western Isles of Scotland, is maybe the most purely infectious. Wendy Hiller plays a woman who, traveling to her fiancé, is trapped by stormy weather on the Isle of Mull - a stay that awakens her to the charms of the wind-swept isle's life, including a local naval officer (Roger Livesey). A movie to wrap your arms around.

- Nobody's Fool: The pleasures of this late Paul Newman film, adapted from the Richard Russo novel, are endless. Set in wintry upstate New York, Robert Benton's film radiates warmth, comically but affectionately dramatizing the small-town struggles of Newman's aged handyman and an exceptional cast of characters, including his landlady (Jessica Tandy, one of her last films), his one-legged lawyer (Gene Saks) and his rival (a never-better Bruce Willis).

- The Daytrippers: For whatever reason, I've found Parker Posey supremely reassuring during the pandemic. I just can't imagine her taking anything from anybody, or a global infectious disease. She's part of an ensemble in this 1996 comedy by Greg Motolla alongside Liev Schreiber, Anne Meara, Stanley Tucci and others. It's very much a '90s New York indie film, full of talk and deadpan humour, as a family navigates a Manhattan odyssey in a station wagon. A marathon of Posey movies (Kicking and Screaming, Best in Show) may be in order.

- Ikiru: The time is never wrong for the supreme humanism of Akira Kurosawa's Ikiru but it's especially right right now. For a filmmaker better known for his samurai films, this 1952 movie is more straightfowardly about life and death; the title translates as "To Live." It's about an aging bureaucrat (Takashi Shimura) who learns he has stomach cancer and is plunged into an existential crisis about how to spend his remaining days. It will make you yearn for a swing set.

- Naked Gun: From the Files of Police Squad: "Can I interest you in a nightcap?" "No thank you, I don't wear them."

These were the details of the news Bollywood News - Had enough of 'Contagion'? Here are some escapist movies to ... for this day. We hope that we have succeeded by giving you the full details and information. To follow all our news, you can subscribe to the alerts system or to one of our different systems to provide you with all that is new.