Bollywood News - I could get attracted to a Woh, but I'm honest: Kartik Aaryan 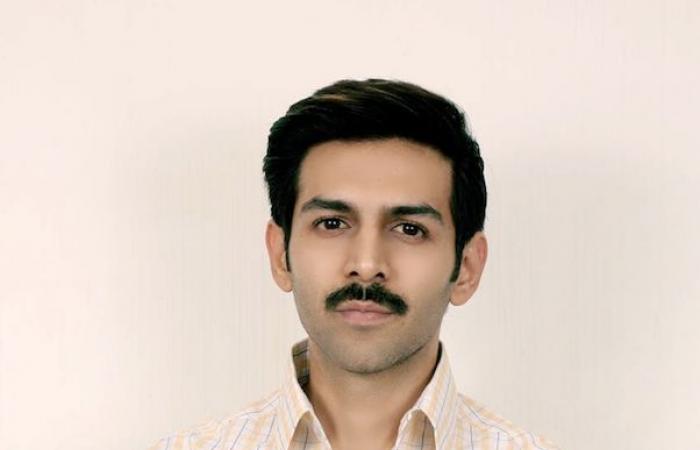 Thank you for reading the news about I could get attracted to a Woh, but I'm honest: Kartik Aaryan and now with the details

Aden - Yasmine El Tohamy - Kartik Aaryan must be feeling truly blessed this year. After all his early struggles in Bollywood, the actor's career graph has suddenly and surely moved notches up. He scored successful hits like Sonu Ke Titu Ki Sweety and Luka Chuppi and his witty, hilarious persona in those films became his USP and the audience gave him a lot of love for the roles. Then he  signed up for some amazing movies like Bhool Bhulaiyaa 2 and Dostana 2, but before that, Kartik will close the year with a bang with Pati, Patni Aur Woh.

In the movie, the actor promises to have you in splits with his hilarious turn as a simpleton from Kanpur called Chintu Tyagi who is looking to spice up his life with some romance. However, what he doesn't know is how an innocuous office relationship will evolve into a comedy of errors, with him at the receiving end. "He's a simple guy who does a 9-5 job in a government office. After a while he gets married, but his life is still plain, simple and boring. He is not street smart and romance is missing from his life," explains Kartik about his character.

But Chintu's life takes a 360 degree turn when a young, attractive budding entrepreneur Tapasya Singh (Ananya Pandey) joins his office. "Things change for Chintu when 'Woh' enters his life. This is a turning point in the film and from here on starts a chain of humorous encounters and exchanges between the characters leading to very funny moments," he adds.

Playing Chintu was a challenge admits Kartik. "I have never played such a character in a film before, not in terms of genre (I've done comedies earlier), but the whole persona of the lead player, the Kanpur dialect, the simpleton looks and the outfits that I've worn is very unlike me in real life. I'm sure the audience will enjoy my character."

How would he handle a real life 'Woh' if it came to that? "I would be honest to my girlfriend (and tell her about it). There might be a situation where I could get attracted to someone, but that does not mean I would cheat on anyone, I would be true in my relationship. By nature, I am honest in all my relationships."

So what sets Pati, Patni Aur Woh apart from Kartik's earlier comedies? "In Luka Chuppi, I played a reporter. The story was about live-in relationships.Though a taboo subject in the country, the film went on to become a runaway hit. Before that, I did Sonu Ke Titu Ki Sweety in which my character was well-loved by the audience and the movie set the cash registers ringing at the box office. The content was good in both films which is the reason they did well. But in Pati, Patni Aur Woh we are dealing with an unusual subject. It's about relationships, but of a different nature. It's a light-hearted, modern look at infidelity but with a high entertainment quotient. People will surely enjoy it."

Kartik says he did not use Sanjeev Kumar's character in the original movie as a reference point. "I made a conscious decision not to watch the original because I didn't want any preconceived notions about the character. I wanted to bring a new perspective to the role. The only thing that we extracted from the original film is the title and the basic plot. I would say it's a fresh, modern take on an older content. So it's a new movie - from the beginning to the end. Of course, Sanjeev Kumar is a legend and there's no way I could ever think of fitting into his shoes. I am a huge fan of his work and the original Pati, Patni Aur Woh was one of his iconic films. But I'm quite happy with the way our movie has turned out. I think the audience will easily relate to it."

The response to the trailer of the movie has been encouraging, said Kartik, especially from the younger generation. "They (youngsters) like movies with great content and the way they have responded to the trailer of Pati, Patni Aur Woh is overwhelming. The songs too clicked with them and they are just waiting for the movie to release. I receive so many positive messages from youngsters about the movie.

There are several reasons that attracted Kartik to sign up for Pati, Patni Aur Woh. "When I first read the script I was intrigued and blown away by the content. There was no way I was going to let such a wonderful script get away from me. Moreover, I had this wonderful opportunity to work with Bhumi and Ananya. I can tell you, there was no need for me to handle the two ladies on the sets, in fact, it was they who were handling me! I'm looking forward to seeing the movie, can't believe I haven't seen it as yet."

These were the details of the news Bollywood News - I could get attracted to a Woh, but I'm honest: Kartik Aaryan for this day. We hope that we have succeeded by giving you the full details and information. To follow all our news, you can subscribe to the alerts system or to one of our different systems to provide you with all that is new.