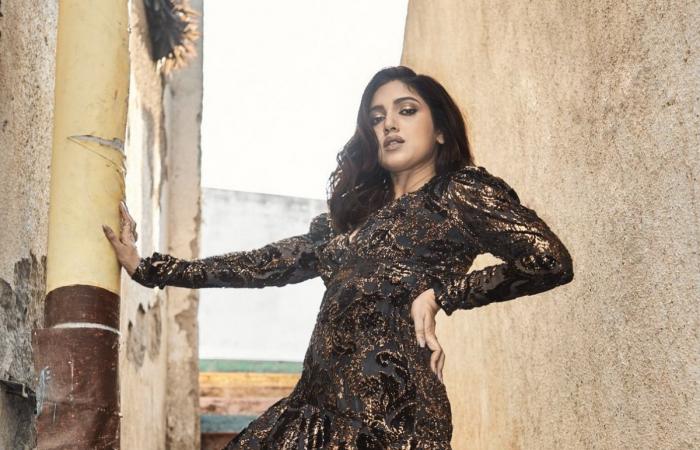 Aden - Yasmine El Tohamy - The 30-year-old actor is gearing up for the release of her upcoming film 'Pati Patni Aur Woh'.

Bhumi Pednekar on Friday stole the show with her sweet yet hilarious response to an excited fan who proposed her for marriage on social media.

Expressing his fondness for the actor, one of her enthusiastic followers wrote, "Bhumi Pednekar, Hi beautiful mam, I can't stay a single day without looking at your pic. You are so pretty, I wish you were a normal girl. Now you are a big celebrity. Kitna v pyar Kar lu Lekin Koi chance hi Nahi hain ki ap Koi non-celebrity se shadi Karo. Dukh hota hai."

Responding to which, Bhumi, who has been active on social media lately, said, "Celebrity or no celebrity shaadi ke chances abhi kam hi hai...but I won't let you miss me..will keep coming to the big screen as often as possible."

Her revert won the hearts of her fans. While one commented, "True professional reply to a common man form a celebrity!" another lauded and said, "Whatta humble response to a fan Wow Hats off @bhumipednekar."

On the work front, the 30-year-old actor is gearing up for the release of her upcoming film 'Pati Patni Aur Woh' opposite Kartik Aaryan and Ananya Panday.

The movie is a remake of the 1978 film with the same name and also features Aparshakti Khurrana in a supporting role.

The movie is directed by Mudassar Aziz and produced by Bhushan Kumar, Renu Ravi Chopra, and Krishan Kumar.

'Pati Patni Aur Woh' is slated to release on December 6.

These were the details of the news Bollywood News - Bhumi Pednekar's response to fan's marriage proposal is winning hearts for this day. We hope that we have succeeded by giving you the full details and information. To follow all our news, you can subscribe to the alerts system or to one of our different systems to provide you with all that is new.