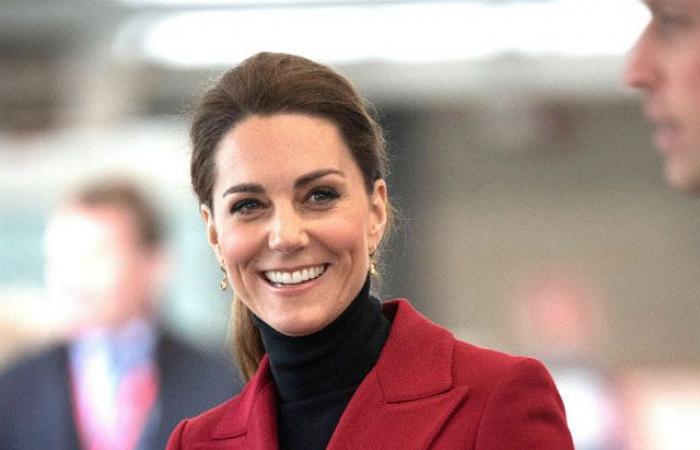 Mohamed Nass - Dubai - Duchess Catherine couldn't help but compare a little boy she met at Peterely Manor Farm in Buckinghamshire - where she was helping children pick out Christmas trees for their classrooms - to her youngest son after the youngster kept trying to get her attention by holding up his hand and said, "Me, me".

Speaking about 18-month-old Louis, the duchess stroked the boy's cheek and said: "You remind me of my little Louis, he keeps saying, 'Me, me, me.' And he wants to come everywhere with me!"

Catherine - who also has Prince George, six, and Princess Charlotte, four, with husband Prince William - also revealed which tree she has at home with her family.

Farm owner Roger Brill told People magazine: "She was asking about the trees which drop their needles and those that don't, and which ones smell nice!

"She said that they normally have the Nordmann Fir inside that doesn't drop the needles."

The duchess helped hold up the trees so the children could look at the properly and impressed the farm owner so much, he joked he'd happily give the royal - who made the visit in her new role as patron of charity Family Action - a job working for him.

He said: "She was fantastic with the youngsters. She was in there moving them around and holding them up.

"I will have to give her a job at the weekend, I think. She was a very good saleswoman!"

Catherine also made eco-friendly reindeer food with the children and admired the Christmas decorations they were making, as well as asking them what they were hoping to find under their trees.

A young girl called Poppy said: "I want a real-life unicorn, a Pegasus one that flies. And a little puppy. And a guitar."

The duchess replied: "A guitar is very cool, and very sociable because then you can also sing."

These were the details of the news Prince Louis is talking for this day. We hope that we have succeeded by giving you the full details and information. To follow all our news, you can subscribe to the alerts system or to one of our different systems to provide you with all that is new.