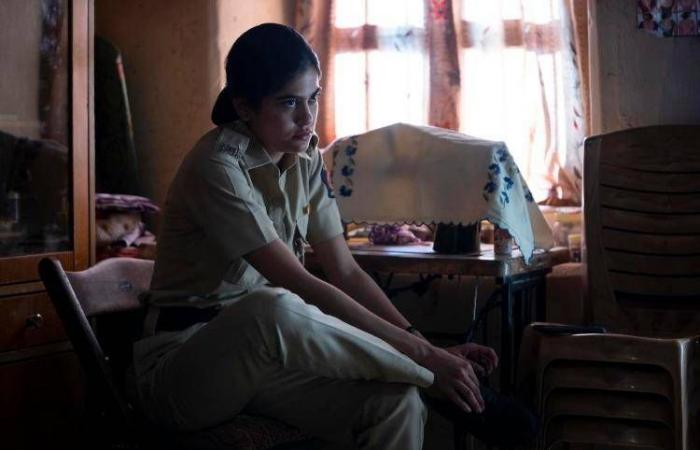 Thank you for reading the news about She Review: Netflix series is a misguided attempt ... and now with the details

For a female cop who goes undercover as a prostitute, to nab a dreaded criminal, Bhumika Pardeshi is oddly all glitter and no oomph. As played by Aaditi Pohankar, Bhumi is "just a constable" as her superiors keep reminding us through the 7 episodes of the first season of Netflix's She, that marks Bollywood director Imtiaz Ali's debut into the streaming series. Credited as the creator and writer (along with Divya Johry), one would have expected Ali to bring to the table his talent for showcasing strong women like in Jab We Met and Love Aaj Kal. But maybe delving into the gender psyche is no longer Ali's forte.

It's not that She is lacking in potential. Bhumi may be no femme fatale but what's most riveting about this crime drama is the abject ordinariness of it all. Portrayed as frigid, manly and an average performer (as seen through the inherently male gaze of the series) Bhumi could well be every woman. The story of a Marathi constable eking out a living in a Mumbai chawl with an ailing mother and a self-absorbed, over sexualised sister for company and superiors (Vishwas Kini as the head of the Anti Narcotics Cell, Jason Fernandez, who enlists Bhumi for the undercover operation was a standout character for me) who manipulate her for their own agenda, She, is as original as they come. But Ali squanders away the gem of an idea with a somewhat superficial and often clinical treatment of the story that goes wayward in the second half, as if the makers were in a rush to wrap up the season.

Vijay Varma as the floppy haired psychopath Sasya, who develops a soft corner for the undercover cop, is perhaps She's most potent character. But unfortunately Sasya goes off the radar quickly. The dreaded mobster Nayak (Kishore Kumar G) turns out to be nothing more than a swarthy suave gangster who never truly oozes any danger. The series falls short of disintegrating into a sleaze fest though to be fair if all a girl had to do was dress up in barely there sequinned clothes and don stilettos to honeytrap a dreaded criminal, I seriously have doubts about the latter's capabilities to run a crime cartel. By showcasing the central character's awakening sexuality as a tool of empowerment, Ali does great disservice to the cause of femininity.

During these times of enforced self quarantine the only reason you should watch She is if you run short of Netflix series to binge watch. Hopefully the makers will come back with a more compelling narrative in the next season. [email protected]

These were the details of the news Bollywood News - She Review: Netflix series is a misguided attempt ... for this day. We hope that we have succeeded by giving you the full details and information. To follow all our news, you can subscribe to the alerts system or to one of our different systems to provide you with all that is new.