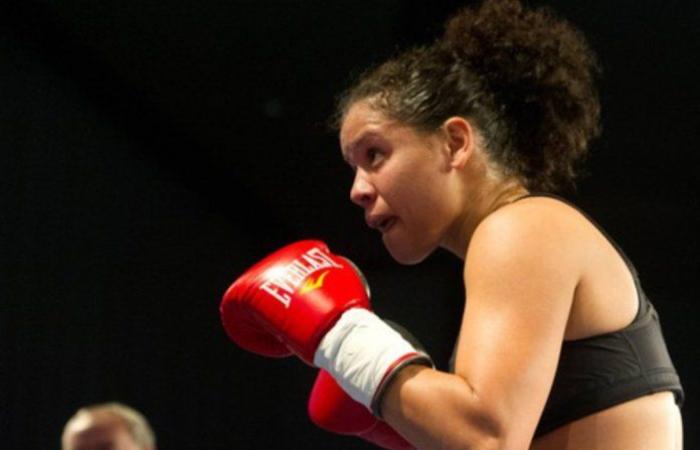 Viviane Obenauf is currently in custody for allegedly beating her 61-year-old husband to death with a blunt object.

Bern (Switzerland) – From the professional boxer to the killer? The Brazilian-Swiss athlete Viviane Obenauf (34) is currently in custody because she is said to have beaten her 61-year-old husband to death with a blunt object.

Thomas F. was found dead on the morning of October 19th in his apartment above his restaurant “Des Alpes” in Interlaken, Blick.ch reports.

Only now has it become known that his wife, Viviane Obenauf, was arrested on November 9th in connection with the homicide. According to BILD, the couple married in January of this year, but then apparently separated again.

The professional boxer, who won the international super featherweight title of the World Boxing Association in 2018, is said to have moved out of the shared apartment around three weeks before the act.

“The deed shook us, the victim and the restaurant were very well known here. It was one of us, someone from the middle of the village, who was murdered here.”

Obenauf is also very well known in Interlaken, which is why the case caused an extreme sensation and rumors spread. Graf only knows the professional boxer briefly, says: “She was always very open-minded and cheerful.”

Ueli Ernst Adam (82), a close friend of the boxer, believes in Obenauf’s innocence: “I don’t trust Viviane to do that.”

Ex-trainer André Schenk sees it a little differently. The 72-year-old thinks that the native Brazilian could possibly have acted in affect.

“She was a very nice person, but at certain moments she could suddenly no longer think normally. It was certainly not a planned murder, but she has a certain potential for aggression.”

Viviane Obenauf is the mother of a nine-year-old son.

These were the details of the news Professional boxer Viviane Obenauf in custody: did she kill her husband? for this day. We hope that we have succeeded by giving you the full details and information. To follow all our news, you can subscribe to the alerts system or to one of our different systems to provide you with all that is new.