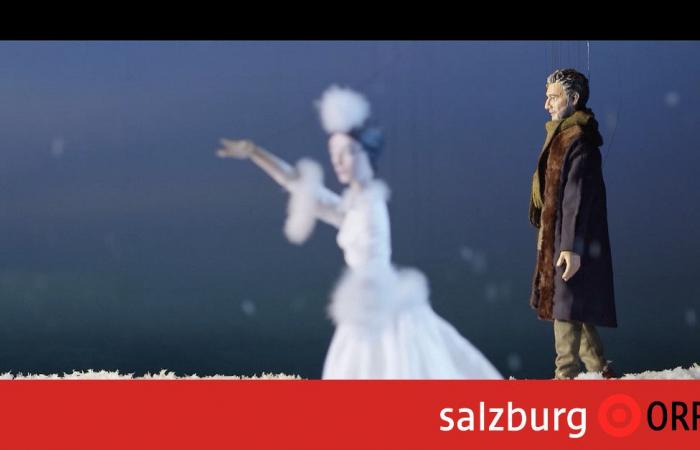 Star tenor Kaufmann sings “Silent Night, Holy Night” on his Christmas album together with the Mozarteum Orchestra. For a music video of the song, the singer was transformed into a puppet figure. The Salzburg film producer Bernhard Fleischer had the task of designing the music video and went to the puppet theater to come up with ideas.

The result was that the star tenor Kaufmann sings on stage as a puppet figure. “We thought about making a big Salzburg production out of it together with the Salzburg Marionette Theater. Jonas Kaufmann was immediately enthusiastic and supported it from the start. “

Head of puppet made with 3-D printer

Within a week, the artistic team of the Marionette Theater developed the model for the Kaufmann puppet figure using templates from several photos by Jonas Kaufmann. Because the schedule was too tight, the head was not hand-carved, as is usually the case in marionette theater, but made in 3-D printing.

Marionette theater: “You have to send feeling into the puppet”

Then rehearsals had to take place so that music, puppetry and shooting could become one. “It requires incredible empathy with the matter. You have to send the feeling that you feel as a puppeteer yourself into the marionette and that is the great art, ”says the artistic director of the marionette theater, Philippe Brunner.

For a music video, star tenor Jonas Kaufmann becomes a character in the Salzburg puppet theater. The idea was staged by the Salzburg film producer Bernhard Fleischer.

Kaufmann on video: “Great, thank you”

The result will go online worldwide on Friday. Those responsible expect hundreds of thousands of clicks, at the same time the video is also an indirect advertisement for the Salzburg Marionette Theater. The most important feedback for the producers was that of Jonas Kaufmann, which was already arriving. “Great thanks, was his reaction. He had a few musical remarks. It’s not always easy to work with artists, but everything went very well with Jonas Kaufmann, ”says film producer Bernhard Fleischer.

These were the details of the news Opera singer Jonas Kaufmann as a puppet puppet for this day. We hope that we have succeeded by giving you the full details and information. To follow all our news, you can subscribe to the alerts system or to one of our different systems to provide you with all that is new.