Jutta Lampe, an icon of the new theater 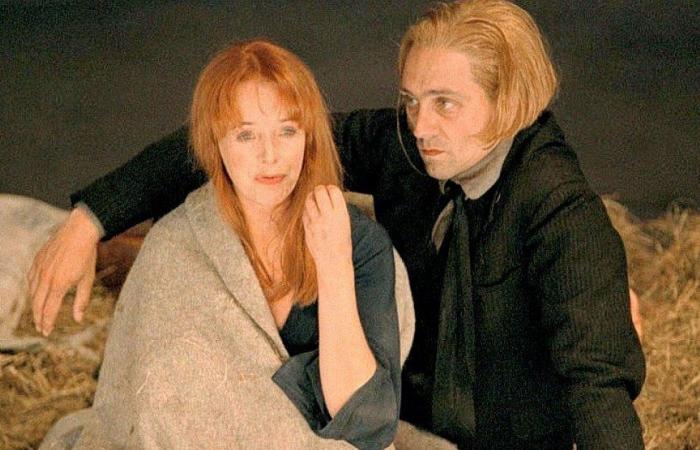 The German actress Jutta Lampe died today, Thursday (December 3rd) at the age of 82 in Berlin. Lampe worked at the Berlin Schaubühne for around three decades. She was one of Peter Stein and Luc Bondy’s favorite actresses. She was also seen in Margarethe von Trotta’s films “Die Bleierne Zeit”, “Sisters or the Balance of Happiness” and “Rosenstrasse”.

Lampe, born on December 13, 1937 in Flensburg, began her career at the Wiesbaden State Theater. She drew sustained attention in the 1960s when she worked at the theater of the Free Hanseatic City of Bremen under the artistic director Kurt Hübner with the directors Peter Zadek and Peter Stein and played a key role in developing the so-called Bremen style, which is now considered the first high point of directorial theater.

Jutta Lampes Stern was part of Stein’s standard-setting production of Friedrich Schiller’s “Kabale und Liebe”, in which she stood on stage for the first time alongside Bruno Ganz and Edith Clever. Jutta Lampe played in Zadek’s production of William Shakespeare’s “Maß für Maß” and in Stein’s production of Johann Wolfgang von Goethe’s “Torquato Tasso”. In 1970 she was voted “Actress of the Year” by the trade magazine.

“Guardian of the strict form”

When Peter Stein founded his Schaubühne on Halleschen Ufer in Berlin, he took Jutta Lampe into the ensemble as one of the first actresses. She played at the Schaubühne for 30 years, working with directors such as Klaus Michael Grüber, Luc Bondy and Robert Wilson. In 1999 she was terminated by the artistic director Jürgen Schitthelm.

When she was awarded the Joana Maria Gorvin Prize in 2010, Botho Strauss gave the laudation. The playwright called her a “sure-fire comedian and guardian of the strict form, glassy, ​​fragile and expressively sentimental, here the deviant, wounded, stray, there the extravagant fictional character, artificially armed down to the fingertips. In myth terms one would say: a foam – and headbirth, originating in equal measure from reason and sensuality. “

For many experts, Jutta Lampe was considered one of the most important German-speaking post-war actresses. She was convinced of the need for a permanent ensemble, because only in this way could trust be developed. And she was skeptical about the deconstruction of theater texts. In an interview with the FAZ she said: “Despite the different aesthetics that I was allowed to get to know, it never occurred to me to doubt large texts by Schiller, Goethe or Kleist, for example, or to want to destroy them.” (eb / apa)

These were the details of the news Jutta Lampe, an icon of the new theater for this day. We hope that we have succeeded by giving you the full details and information. To follow all our news, you can subscribe to the alerts system or to one of our different systems to provide you with all that is new.