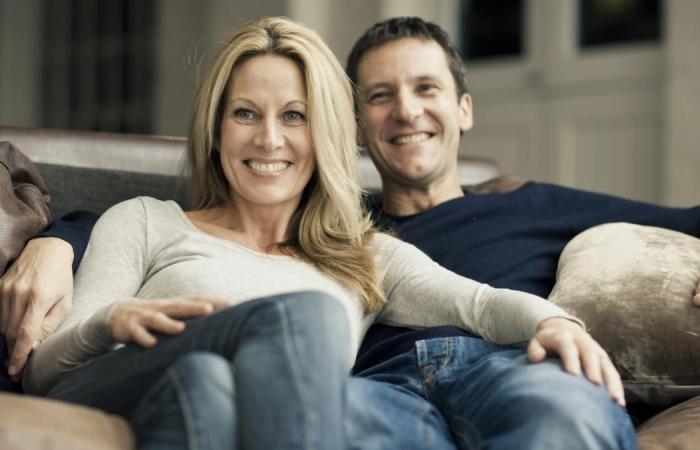 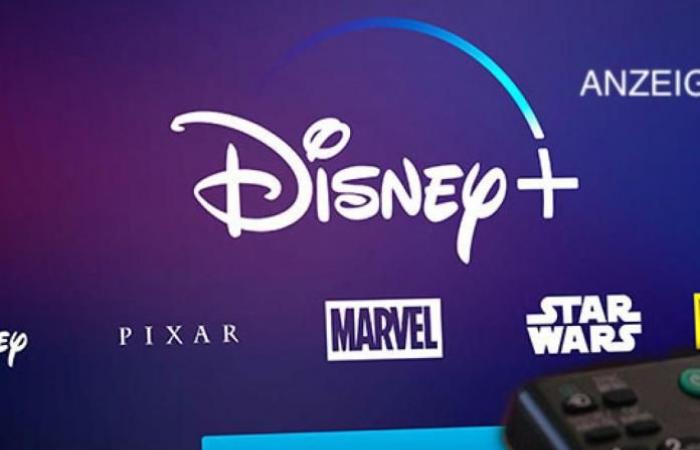 WITHAt the beginning of Advent, which Google is currently celebrating with a doodle called “December Global Holidays”, well-known Christmas music is being played in many places, Christmas decorations are being taken out, Christmas stories are being read – and from now on, Christmas films are not to be missed either.

For many Germans, “Three Hazelnuts for Cinderella” (1973) and “The Little Lord” (1980) are also part of it. But many of these Christmas films are very old or look old-fashioned. For those who like it more colorful and contemporary, 24 films from the past 20 years are recommended to stream for the 2020 Advent season:

People aren’t made to be alone on holidays – that’s the basic premise of this romantic Netflix comedy starring Emma Roberts and Luke Bracey. The film runs through every year of all major holidays from Christmas to Christmas. The main characters date each other as singles in order not to be asked stupid questions about loneliness. And then – who would have guessed it – love comes into play. Turbulent and funny.

In keeping with her Christmas album release “A Holly Dolly Christmas” with the song “Christmas on the Square”, country legend Dolly Parton appears in this new film as an angel who has to educate people about charity, because a cold-hearted real estate owner (Christine Baranski) prefers one Erect shopping mall to protect tenants.

In the first of these Netflix films, siblings Kate (Darby Camp) and Teddy Pierce (Judah Lewis) – children of a widowed, hard-working nurse – save Christmas with the help of Santa Claus (Kurt Russell).

In the second part, Kate runs into the evil wizard Belsnickel, who wants to destroy the North Pole and Christmas. In Part 2, directed by “Kevin Home Alone” director Chris Columbus, Russell’s wife Goldie Hawn has a bigger role as Mrs. Claus than in the first part.

A Netflix Christmas musical for the whole family based on toy maker Jeronicus Jangle (Forest Whitaker) and his granddaughter with music by John Legend, Philip Lawrence, Usher and Kiana Ledé.

Fairy tale film about a knight who ends up in the present and meets a teacher who wants to help him. Love comedy with Vanessa Hudgens, an almost inevitable part of Netflix Christmas movies.

In the first of these Netflix films with Vanessa Hudgens in a double role, a baker from Chicago and a future princess from the fictional European state of Belgravia swap roles.

In the second part (“Princess Swap: Swap Again”), Stacy and Margaret swap back, but now they have to deal with a third party – a triple role for Vanessa Hudgens. It should continue in 2021.

Not really a movie, but a three-part BBC miniseries (almost three hours in one go). Guy Pearce plays the curmudgeon Ebenezer Scrooge in the remake of the well-known ghost story by Charles Dickens. BBC One showed it on December 22, 23 and 24, 2019. In Germany it will run from December 9. at Sky.

The heartbreak comedy with Emilia Clarke and Henry Golding takes place in pre-Christmas London and is enriched with the music of George Michael. In the course of the film, the song line “I gave you my heart” from the hit “Last Christmas” gets a special meaning. The film can be seen on Sky.

The three-part Netflix miniseries (together about 135 minutes) with Luke Mockridge in the lead role is loosely based on Christian Huber’s bestseller “7 Kilos in 3 Days”. Basti, who is returning home on public holidays, goes to his family in the Eifel over the holidays. His brother is now in a relationship with Basti’s ex-girlfriend, and everything else is not perfect either.

Franco-Belgian comedy about a Parisian boy who mistakes a burglar for Santa Claus (“Le père Noël”) and climbs with him over the rooftops of Paris. Available via Sky.

Among other things, US comedy available through Joyn about a thief (Billy Bob Thornton) who dresses up as Ho-Ho-Ho-Santa Claus and steals people in a department store, but this time gets a lesson from a child.

This Spanish animated film on Netflix is ​​a real gem – in the German version with the voices of celebrities such as Ralf Schmitz, Rufus Beck, Josefine Preuss and Uschi Glas. It’s about the postman Jesper, who is transferred to the envious Zwietrachtingen (Smeerensburg) north of the Arctic Circle where he meets the melancholy toy maker Klaus, finds his true destiny and virtually invents Christmas. Enchanting.

Family comedy available at Joyn Plus about keeping problems a secret during the holidays. The film lives mainly from strong actors like Diane Keaton, Ed Helms, Olivia Wilde and Amanda Seyfried and is told from the point of view of the family dog ​​Rags.

Five couples fight their way through the pre-Christmas madness in Frankfurt and find each other in an unusual way at the festival. The episode film in the “Actually … Love” style unites German film stars such as Nora Tschirner, Heike Makatsch, Tom Beck, Wotan Wilke Möhring, Katharina Schüttler, Fahri Yardim and Christian Ulmen. The Schnulze is available from Joyn.

In this imaginative animated film, villain Pitch sends people nightmares and wants to take over. The Guardians of Light – a quartet made up of Santa Claus, Easter Bunny, Tooth Fairy and Sandman – want to defeat him. Jack Frost (German voice Florian David Fitz) is supposed to help, but first has to learn to believe in yourself. A lot of fun about believing in the wonderful – not just for children. Available as a flat rate at Joyn + and Netflix, among others.

This German children’s film, available on Netflix in the flat rate and other streaming services for money, is based on the book of the same name by Cornelia Funke. Alexander Scheer plays a cheeky Santa Claus, with Noah Joel Kraus, Mercedes Jadea Diaz, Jessica Schwarz and Volker Lechtenbrink in other roles.

Charles Dickens’ classic (“A Christmas Carol”) as a Disney digital adventure – to be seen on the Disney + streaming service. In 19th century London, Miser Ebenezer Scrooge is haunted by the late partner Marley and then three Christmas spirits in order to become a better person. “The Muppets Christmas Story” from 1992 (also on Disney +) seems more successful because it has dolls. 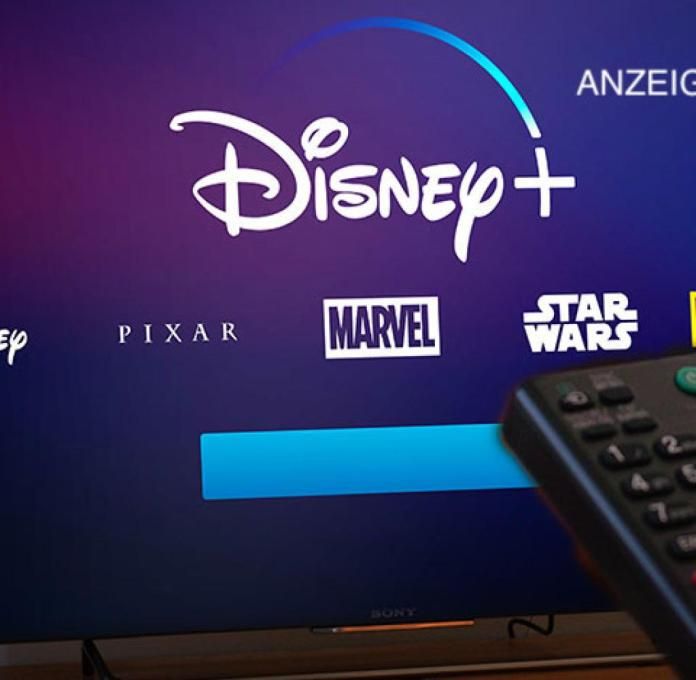 This film with Diane Kruger, Benno Fürmann, Dany Boon and Daniel Brühl is about Christmas 1914 at the front in Flanders. German, Scottish and French troops try to celebrate the festival in the trenches of the First World War. When they realize that their enemies are celebrating too, they decide on a three-day truce. The common Christmas alarmed the army command. The film, which is based on a true story, was nominated for Oscar and Golden Globe and can be seen on Amazon Prime’s Sony Channel, for example.

The computer-animated children’s film by director Robert Zemeckis (“Back to the Future”, “Forrest Gump”) tells the story of a boy who does not believe in Santa Claus and is taught better with a trip to the North Pole. The children’s book adaptation offers a lot of Tom Hanks in several roles, but for some eyes it is probably too overloaded. The film is available for an extra fee from almost all streaming services.

There are two well-known film versions of this children’s book story by Dr. Seuss (Theodor Seuss Geisel) from the 1950s. Though everything looks sugar-sweet, the Green Grinch has reasons for wanting to ruin Christmas. For comedian Jim Carrey, the hairy Grinch is one of his most famous roles. The film is available from Netflix, Sky and Amazon Prime in the flat rate.

This cartoon variant appeared two years ago with Otto Waalkes as the speaker (in the original Benedict Cumberbatch). The Grinch animation film is available from Amazon.

These were the details of the news December Global Holidays: 24 Christmas films from the last 20 years for the holiday... for this day. We hope that we have succeeded by giving you the full details and information. To follow all our news, you can subscribe to the alerts system or to one of our different systems to provide you with all that is new. 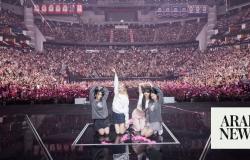