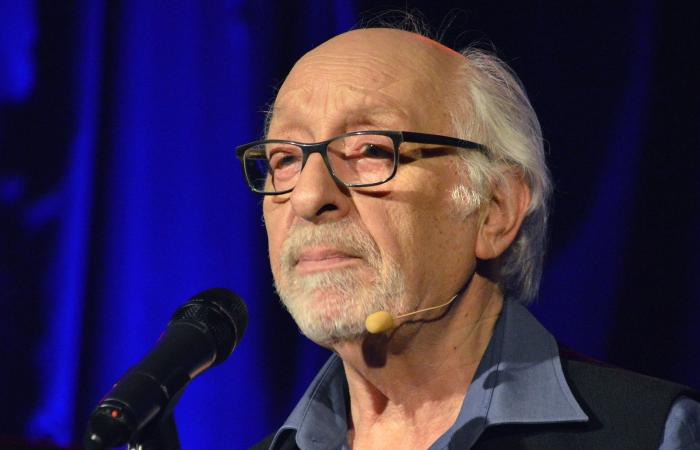 A drooping eyelid, a big mouth and always a joke ready: comedian Karl Dall had conquered the show world with strange humor. Now he has died at the age of 79, as his family announced to the German press agency. Dall has not recovered from a stroke he suffered twelve days ago.

“Despite the use of all technological and intensive care measures, he fell asleep peacefully today, without having regained consciousness beforehand. He is leaving behind a wife, daughter and granddaughter,” said the family’s letter. “He was not only a popular comedian and entertainer, but above all an exceptionally lovable and nice person.”

Dall had taken on the role of old rock star Richie Sky in the daily ARD series “Rote Rosen” since the beginning of November. In Lüneburg, where the telenovela is being filmed, he then suffered a stroke with cerebral haemorrhage on November 11th.

Dall celebrated success on stage and on television

Dall, who struggled at school as a child and was teased about his eyelid muscle weakness, made the most of it – and became a professional comedian. He began his career in the 1960s as a member of the comedian group Insterburg & Co. After its dissolution, he immediately started a solo career as a stage artist and also worked for television. Dall moderated talk shows as a stupid bard and joke king, placed himself in the charts with hits like “This disc is a hit” and “Millions of women love me” and was in front of the camera as an actor in mostly smaller roles for various comedies.

“You can not have everything”

Four years ago, Dall was on the road with his last live program “The old man wants more”. “I’m proud of how lucky I was to be able to assert myself in this industry,” said the comedian, who was honored with the German Comedy Prize for his life’s work. “I’m less proud of my failing high school diplomas – I’m not a role model in that. But you can’t have everything.”

*The article has been translated based on the content of Source link by https://www.br.de/nachrichten/kultur/komiker-karl-dall-ist-tot,SHBvDkb
. If there is any problem regarding the content, copyright, please leave a report below the article. We will try to process as quickly as possible to protect the rights of the author. Thank you very much!

These were the details of the news Comedian Karl Dall is dead for this day. We hope that we have succeeded by giving you the full details and information. To follow all our news, you can subscribe to the alerts system or to one of our different systems to provide you with all that is new.