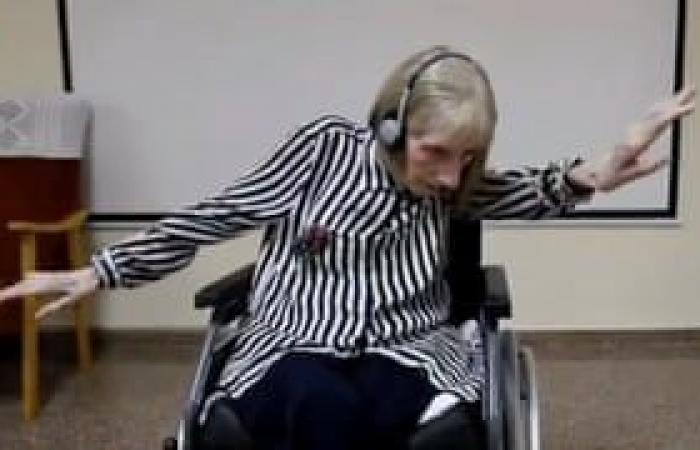 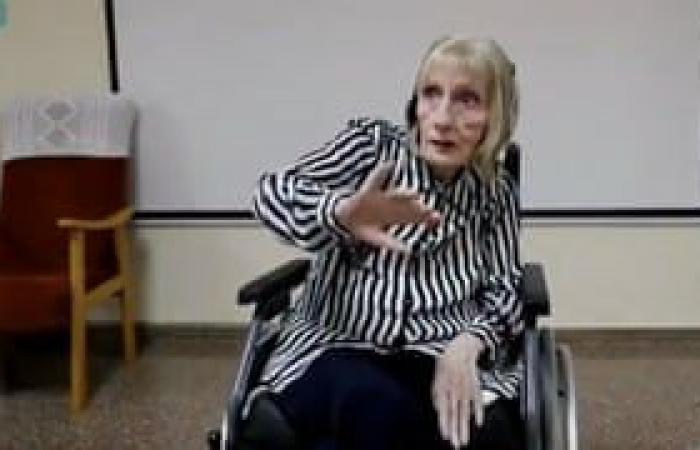 W.We see a frail and elderly woman on a chair, her eyes down. She waves for the music to turn up, a swelling melody from Tchaikovsky’s Swan Lake, and with a little encouragement, her hands begin to flutter. Then suddenly her eyes flash and she is Odette, the swan queen on the misty lake shore, with her arms raised. She leans forward, wrists crossed in the classic swan pose; Her chin rises as if she were commanding the stage again, her face was lost in reverie.

The woman in the film is Marta Cinta González Saldaña, a former ballet dancer who died in 2019, the year the video was shot. But the clip has gone viral since it was recently released by the Spanish organization Música Para Despertar (Music to Awakening), which promotes the value of music for people with Alzheimer’s disease. Many of the details that accompanied the video on its journey across the internet were wrong. Marta Cinta was not a member of the “New York Ballet” (there is no such company) or the New York City Ballet proper, but appears to have run her own dance company in the city; The ballerina in the Intercut video is not her, but Ulyana Lopatkina, who doesn’t even dance Swan Lake, but Mikhail Fokine’s The Dying Swan. However, none of this takes away the effect of observing someone who appears to light up and whose memories are unlocked by the power of the melody. It is as if you are seeing Saldaña inhabit her real self.

The special ability of music to connect with people who suffer from severe dementia themselves is becoming more and more popular. Former concert pianist and music teacher Paul Harvey recently landed number 1 with Four Notes – Paul’s Tune, a song he improvised on the piano despite his memory loss.

Auditory memory could be the last thing that leaves us because it’s one of the first things we develop in the womb after about 18 weeks, says Grace Meadows, program director at Music for Dementia. “They’re some of the deepest neural pathways that get laid,” she says. Our mother tongue, the babbling and cooing of babies and their carers, is a form of musical exchange. “That’s why it’s so deep and we react to it because it’s so original.”

This also applies when people have cognitive impairments, also because music is processed in so many different parts of the brain. When something blocks its nerve path, it finds another path. And music from formative phases of our life tends to have the strongest influence, especially in the teenage years and 20s, the so-called “memory bump”, when so many intense social bonds and new emotions and experiences take place: first love, moving to new cities or maybe dance your first leading role on stage.

For Saldaña, strong muscle memory is associated with these musical instincts, but you don’t have to be a professional dancer for music to trigger a physical response. Fergus Early has been working in community dance with his company Green Candle for more than 30 years and has been running workshops specifically for people with dementia for a decade (including currently a weekly online dance class).

He always works with live music but sees even more benefits when it is combined with dance. “Sometimes it’s pure extraordinary magic,” he says. “People transform before your eyes, they become the way they were again. I’ve seen someone sit in a wheelchair week after week, and once I played a certain piece of music, Keel Row, a folk music from northern Umbri, and suddenly their feet are dancing very quickly. At the end of the class she starts talking – she has never spoken to anyone, the staff in the house say she never says anything. This is not unusual. ”

Physical expression and the connection of mind and body are important for those who are often expected to do very little. “The mind works better when the body is working than when it is very passive,” says Early. Dance also has tremendous social benefits for those who feel isolated, and its workshops give participants a much-needed sense of freedom of choice. “What is crucial for people with dementia to contradict a lot of things they get from society is that they have some control,” he says. “So if you improvise, you can decide what to do next. It sounds very simple, but it is very important to give people back a sense of their own identity. ”

The sense of identity is what is so powerful about Saldaña’s video. “You see her as the expert,” says Meadows. “You get a sense of what she was like as a ballerina and she always will be. And I think that’s really comforting for the person and those around them to see who they are beyond their dementia. ”

These were the details of the news The viral video of the ballerina with Alzheimer’s shows the crucial... for this day. We hope that we have succeeded by giving you the full details and information. To follow all our news, you can subscribe to the alerts system or to one of our different systems to provide you with all that is new.