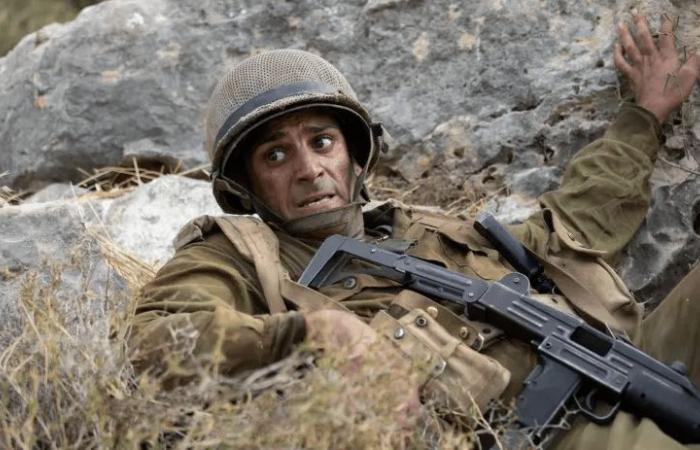 How many people are in a tank crew? While watching the first four episodes of Valley of Tears, a new Israeli drama series, I vowed to count seven. But it’s four, says my friend Tzvi Reuven, a former Israeli soldier who served in a tank unit: a commander, a loader, a driver and a rifleman.

The portrayal of tank life in the new series, which takes place in the 1973 Yom Kippur War, is strikingly intense and “definitely the most realistic portrayal I have seen on screen,” says Reuven.

“Valley of Tears” premiered in Israel on October 19, marking the 47th anniversary of the Yom Kippur War. HBO Max will make the first two episodes available on November 12th. Two new episodes will be released weekly for four weeks. They can be viewed in Hebrew with subtitles or in dubbed English.

“Valley of Tears” refers to a battle of the same name in which outnumbered Israeli forces fought from October 6-9, 1973 in an area of ​​the Golan Heights known today as the Valley of Tears. The Hebrew title “She’at Neila” refers to the final Yom Kippur service, the last chance for salvation after which the book of life is sealed.

Israel’s television industry is known for running shows on a small budget while filling them with an oversized amount of action and character development, but Valley of Tears is a different beast. Development and production stretched over 10 years. At over $ 1 million per episode, the 10-part series is the most expensive ever produced in Israel, according to an article in Deadline.

The high cost is likely due to the show’s commitment to authenticity. Battle scenes were filmed in their actual locations, and the cast and crew lived in the Golan Heights for the 52 days of filming, accompanied by some of the real-life people who inspired the characters. The show’s creators, Amit Cohen and Ron Leshem, served on Israel’s 8200 Unit, a high-level intelligence gathering operation, and their experiences serve as the basis for a plot.

Because the crews spend so much time together in their tanks – training, eating and sleeping – there is a strong “bond that occurs naturally,” says Reuven. “Even if you don’t get along with them, you throw everything away and work as a synchronous unit, whether in training or in combat.”

Much of the drama in “Valley of Tears” is due to breakdowns in this synchronicity, for example in relation to communication and leadership. The stakes are high, as are the chances that not all of these characters will make it into Episode 10.

Lior Ashkenazi is likely the biggest star in the cast, having appeared on Walk on Water, Footnote and Our Boys. He plays journalist Meni Ben Dror (the production notes call him a “bohemian television star” but mostly resembles an Israeli Steve Carell) who goes forward to find his soldier’s son.

On the way he collects two hitchhikers. One, played by Maor Schwitzer, the character Idelman in “Shtisel”, escaped after he was imprisoned for his role in a demonstration by the Israeli Black Panthers. The other, Dafna, is an army captain who was forced to vacate her post but went back to find her boyfriend.

These three end up in a kind of mini road movie with flirtation attempts, jokes (about eating Moroccan food on Yom Kippur) and hijinks (like going through a border patrol). But when they get to the front, things quickly get real.

There are a lot of backstories and topics to follow. But after the attack begins, all subplots – for example, a love triangle and friction between Ashkenazi and Mizrachian Jews – recede: the main task is to fight back and keep each other alive.

But after the fourth episode, the tank crew faces problems – no remaining ammunition and mentally unstable leadership – and appears to be in an impossible situation. Meni and his two hitchhikers have found the front line but are not prepared for the devastation they will find there. The base team, including petrified intelligence officer Avinoam (Shahar Taboch), whose horrified eyes and trauma serve as our civilian window into this bloody world, have escaped but are ambushed that leaves few alive.

In the fourth episode, there is a tense moment when Avinoam, who speaks fluent Arabic, meets a lonely Syrian soldier. With the mutilated bodies of fallen comrades around them, they share water and personal details.

It’s a glimmer of hope with contemporary resonance: if two people on opposite sides meet and acknowledge each other’s stories, fears, and dreams, is it in their power to change something?

That is a question we can ask ourselves in our fragmented world today. At this particular moment in the “valley of tears” the answer comes quickly: This situation is too chaotic for two foot soldiers to end the violence. To see the humanity of the “other” has to wait.

These were the details of the news “Valley of Tears” deals with Yom Kippur War – J. for this day. We hope that we have succeeded by giving you the full details and information. To follow all our news, you can subscribe to the alerts system or to one of our different systems to provide you with all that is new.