Marvel reveals why Deadpool was born to be King of the... 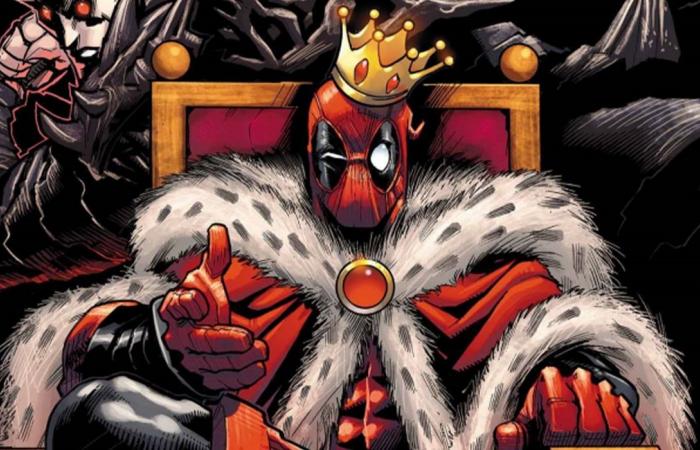 who knows Dead Pool knows he’s a little weird in the world of Marvel superheroes. He’s a little awkward, seemingly invincible, lives to break the fourth wall, is wildly inconsiderate, and generally has a diabolical demeanor; but recently he has also assumed the title of King of Monsters. For some, this role may make absolutely no sense, but in Deadpool # 8, Readers were shown why Deadpool is actually well suited for the title of King.

Although all Wade wanted when he first fell into the role was endless parties, women, and free things, he quickly settled into the role. Well, maybe not pretty, but the throne seemed surprisingly well suited to his frivolity. He took over Kraven the hunter to protect his new inhabitants of the island realm, created his own knights of the round table and continued to fight for the rights of his subjects to the best of his ability. Apparently he also addressed more domestic issues.

In the final installment, Deadpool left the Night Wolf before Deadpool ran away with Elsa Bloodstone against the Queen of the Bone Beasts to sort things out for him. While Deadpool stepped on the bone, Night Wolf had to sit back and take the throne on Staten Island. Little did he know that this would mean that he would be a sounding board for everyday monsters to whom they could complain about their everyday lives. Before Deadpool left, he seemed scared to take command, but when he sat on the throne he looked completely bored and annoyed. He couldn’t believe the job he was forced to do was indulge in the domestic complaints of every random monster that came to court. To be fair, when you think about Deadpool’s tendencies, neediness, the desire to be adored and valued, and his own plethora of personal problems, it kind of makes sense. It almost seems like the role was made for him … even if a man was killed to get there.

Think about it. Not everyone cares about the problems of relatively strangers, let alone problems that seem trivial, but Deadpool does. He and his life are so awkward that he has found solace, happiness, and kinship in playing therapist for any monster who seeks advice. It is likely because of his neediness and desire to be needed that he feels so comfortable in the role and openly welcomes his subjects’ more worldly questions. Plus, Wade really cares, trying to protect the innocent in his own messy way. For someone like Night Wolf, who is strictly a warrior and used to the old way of Mon Austria, this is both irritating and irritatingly a waste of his time. For Wade, this is likely both an ego boost and a comforting reminder that he is needed and respected himself. It might be a little strange and unorthodox for a king, but hey, it is Dead Pool: a caring, assertive, sarcastic, needy, chaotic man who fell surprisingly well into the role of king.

Next: X-Men: Marvel’s Magneto has its own cerebro

Katie Michel is a Los Angeles, California-based nerd who plays games, plays D&D, is obsessed with Star Trek, reads books, makes movies, loves Shakespeare. She found herself on Screen Rant for her love of writing and all things entertainment. A graduate of UC Santa Barbara’s Film and English Programs, she aims to write articles that readers will be interested in, as much as she is interested in conversations about her favorite obscure foreign films.

These were the details of the news Marvel reveals why Deadpool was born to be King of the... for this day. We hope that we have succeeded by giving you the full details and information. To follow all our news, you can subscribe to the alerts system or to one of our different systems to provide you with all that is new.