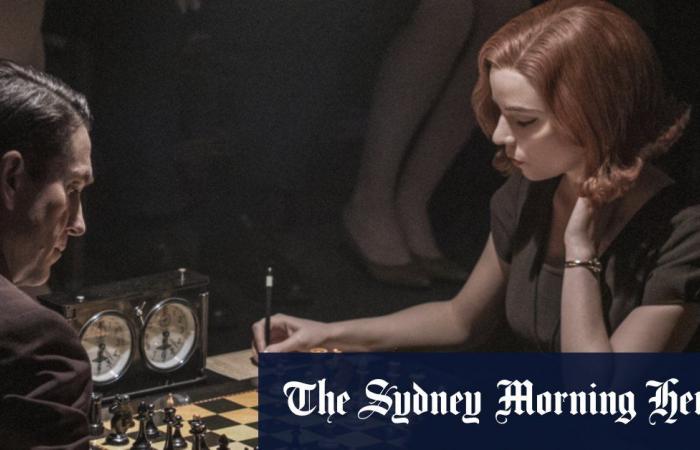 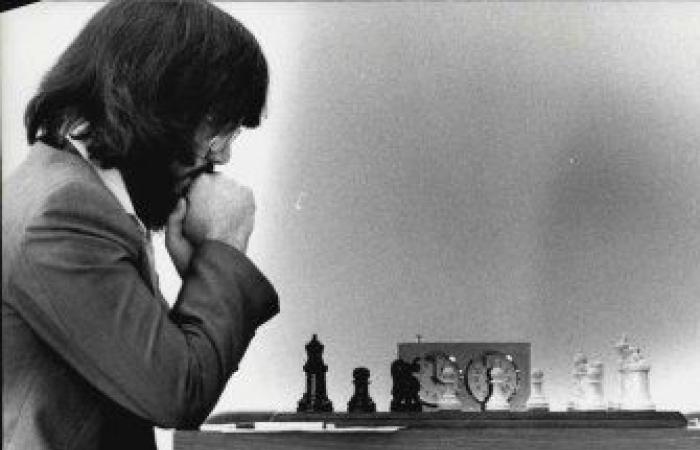 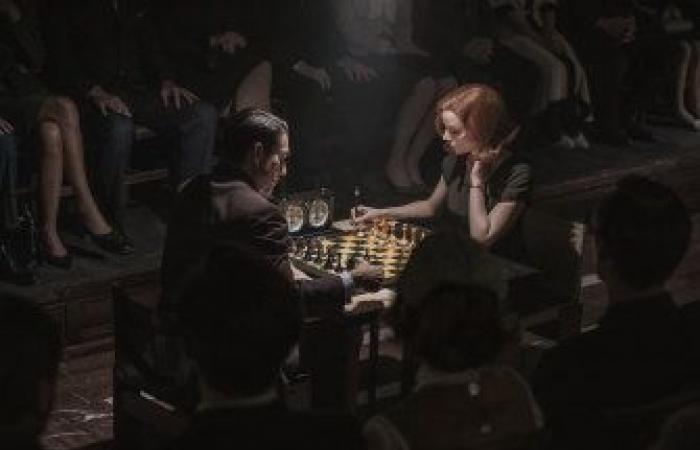 The Queen’s Gambit has generated a lot of praise from better qualified television critics than me. The backdrop of US and international chess tournaments is rarely seen on screen, but it offers the excitement of a high-stakes sports competition. Taylor-Joy, who hadn’t played chess before the role, immersed herself in the game and was a believable player on the show, commented, “I was invited into a very secret world that is super cool and really interesting.”

I was certainly well entertained and the small number of technical chess errors was easy to overlook. In fact, one of the stranger concepts – Harmon, visualizing positions on the ceiling rather than the chessboard when calculating – seems to be just a cinematic means, but is also a feature of some top grandmasters.

However, this writer also experienced a strange form of Deja Vu: I felt like I was seeing a strange fairytale version of my own chess career that started 10 years later than Harmon’s.

I also secretly read chess books in class in which the course work was not a challenge – thank you Ivanhoe Grammar. I also had to borrow money for my entry fee in order to pay it back after securing a prize – thank you Frank Meerbach. Like many players whose self-worth depended on their chess success, I was deeply tormented after losing a key. Harmon drowned out her worries; I haven’t eaten for two days – thank you Grand Master Draguljub Velimirovic. As with Harmon, it wasn’t uncommon to sleep on someone else’s floor. (Too many to say thank you.)

Aside from the fact that Harmon could learn Russian better than me, he climbed the chess ladder faster and higher than I could ever dream of. In the series, despite inevitable setbacks,
this amazing teenager rises through the ranks with ease; only slowed down by their other dependencies – and almost brought to a standstill. (Harmon’s binges seem excessive, but many grandmasters have been slaves to alcohol. However, only a handful have managed to remain world class while addicted.)

The trip to the best European tournaments of the time was just as exciting as in The Queen’s Gambit. Harmon’s last showdown in Moscow, however, was a little too straightforward for me, though the lavish venue and large, enthusiastic crowd were pretty realistic. Before their most critical game, why didn’t the radio in their hotel room turn on at 2 a.m. and stay on full blast for an hour, as happened to me and other foreign players in the USSR? Why was Harmon discussing key variations on their adjourned endgame over a hotel phone line that was likely being monitored?

The answer is of course that The Queen’s Gambit is not a biography, but a feel-good fiction. Although a rare player in US tournaments of the time, Harmon avoids opponents who make degrading comments before the game or who react with anger to a loss or withdraw from a tournament when they lose to a woman. (Or maybe because the series’ chess advisors were both male – former world champion Garry Kasparov and US chess personality Bruce Pandolfini – such events weren’t even considered.)

I should also mention that I’ve only seen a player stare at his opponent like Taylor-Joy once The Queen’s Gambit. That person was a 13 year old Kasparov when I played him in France in 1976. It was a seriously annoying habit, but a solid look and good movement turned out to be a crucial combination. I’m glad I never had to take on Beth Harmon.

These were the details of the news The Australian chess grandmaster separates fact and fiction for The Queen’s... for this day. We hope that we have succeeded by giving you the full details and information. To follow all our news, you can subscribe to the alerts system or to one of our different systems to provide you with all that is new.