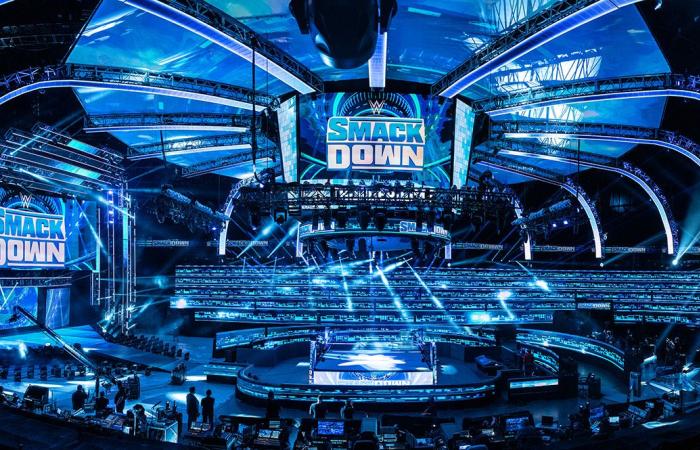 A bizarre list of banned screens surfaced during a behind-the-scenes documentary about the WWE ThunderDome, according to Heel By Nature. Operators demonstrated how to manually monitor the multitude of screens in the ThunderDome. Sometimes this can cause wrongdoers to slip away. Operators can turn off viewers who display inappropriate images on the screen.

The list includes people who have made themselves enemies of the WWE. The most notorious is Enzo Amore. The former WWE Superstar and Class A speaker was released after he was accused of sexual harassment. The allegations were deemed false, but WWE’s strict no-tolerance policy resulted in his being thrown out the door.

Amore returned to WWE as an audience in disguise. It was Survivor Series 2018, and during a tag team match between the bar and the Authors of Pain, Amore rose from his seat and started causing an uproar. He was kicked out of the arena and banned from all future WWE events.

Another notorious enemy of the WWE is the elite. It is surprising that not all members of the elite are on the list. Kenny Omega made a shocking appearance on one of the screens on SmackDown. This got the wrestling world upset. Omega even confirmed that the gig was real and not a prank by a mischievous fan.

Removed from the list are Kenny and his opponent at Full Gear, Hangman Page. Cody, Young Bucks, Brandi Rhodes, and even Marty Scurll make the list.

In a really bizarre way, WWE has banned promotional logos. It is unclear whether the logos of AEW, Impact Wrestling and NJPW should not be displayed or whether the people involved in the promotion.

Certain former employees have also been banned from the ThunderDome

Former WWE employees are also on the list. Vickie Guerrero, Jim Cornette, CM Punk, Alberto del Rio, Ryback and of course Cody and Brandi Rhodes are all banned from the ThunderDome.

Cody famously led a Bullet Club invasion of Monday Night Raw, which was featured on Being the Elite YouTube channel. CM Punk and Ryback destroyed the company in the media and tarnished its image quite a bit. Vickie has switched allegiances to Tony Khan, and the less said about Jim Cornette the better.

Deceased wrestlers become prime targets for malefactors to take advantage of for a silly prank. It was the image of Chris Benoit on one of the screens that resulted in WWE taking action against inappropriate displays. The list also includes the late Ashley Massaro. The former diva committed suicide after battling depression.

The ThunderDome is a very innovative and breathtaking feature of the “no-fans-era” of wrestling. The virtual transition has been more or less successful, and it makes sense for WWE to tackle any threat to this seemingly flawless system. The Survivor Series 2022 is located in the WWE ThunderDome, making it the fifth PPV to be included.

These were the details of the news CM Punk, AEW, Chris Benoit and Many More – List of... for this day. We hope that we have succeeded by giving you the full details and information. To follow all our news, you can subscribe to the alerts system or to one of our different systems to provide you with all that is new.