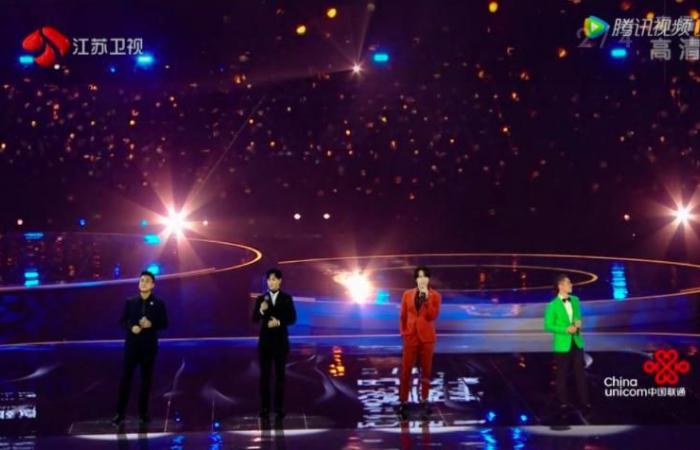 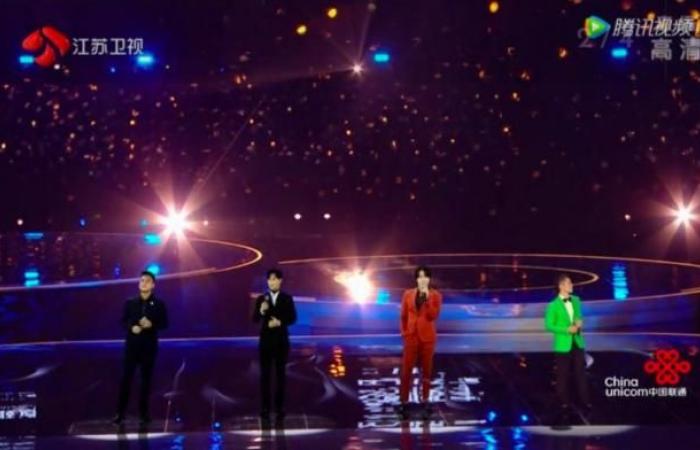 When the planned reunification of the Taiwanese pop group F4 was announced on Jiangsu TV’s “1001 Night Festival” program in China earlier this week, there was a noticeable wave of excitement among long-time fans. The quartet of Jerry Yan, Vanness Wu, Vic Chou and Ken Chu was formed and signed to Sony Music Taiwan after they starred in the 2001 hit Taiwanese drama Meteor garden which broke out in popularity across Asia. However, the proposed “reunion” during the October 30th concert on Jiangsu TV turned out a little different than many fans had expected.

The 1001 Nights Festival concert was aimed at both live viewers in China and thousands of viewers who tuned in via live stream from around the world to catch the boy band behind award-winning mandopop albums like Meteorregen and Fantasy 4ever. While the four members appeared to be standing together on stage during the live stream, only Los Angeles-born Vanness Wu (in a green jacket) actually sang live at the venue. For the online broadcast, the recorded performances of his bandmates were projected practically like holograms in order to “share” the same stage as him.

This caused considerable confusion among viewers who saw the live stream and commented that Wu’s bandmates looked “2D” or “CGI-ed”. Images posted on social media by the audience at the venue watching the concert live confirmed that only Wu was physically present on stage. Wu also walked the event red carpet alone. Such a unique agreement was most likely due to the border restrictions on Covid-19 that prevented Yan, Chou and Ken from traveling to the event – even though Wu was already in China.

Nevertheless, the virtual reunion was a special moment for F4 and the followers of the group: This was the first public appearance of F4 “together” since 2013 – which happened to take place in a Jiangsu TV program. Since then, they have continued to grow in their acting careers. For example, Jerry Yan starred in this year’s Chinese series Count your lucky stars alongside actress Shen Yue. For the past decade, Vanness Wu has starred Ip Man 4 (2019) alongside Donnie Yen and in Taiwanese drama series Autumn concert. Autumn concert consistently broke records for domestic viewership when it was shown from 2009 to 2010.

These were the details of the news The iconic Taiwanese boy band F4 ensures an unconventional reunion for this day. We hope that we have succeeded by giving you the full details and information. To follow all our news, you can subscribe to the alerts system or to one of our different systems to provide you with all that is new.