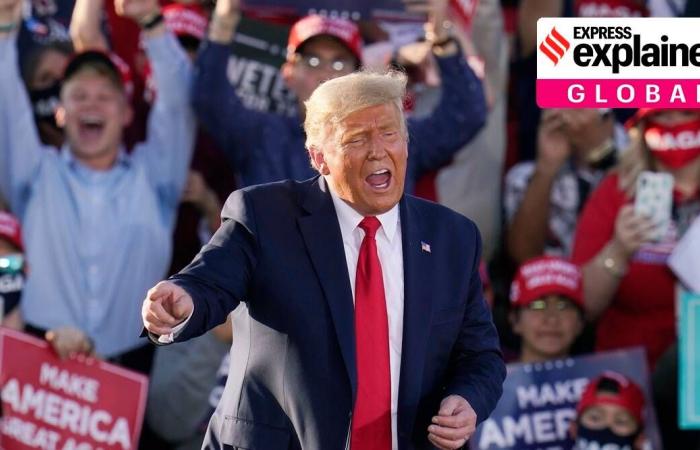 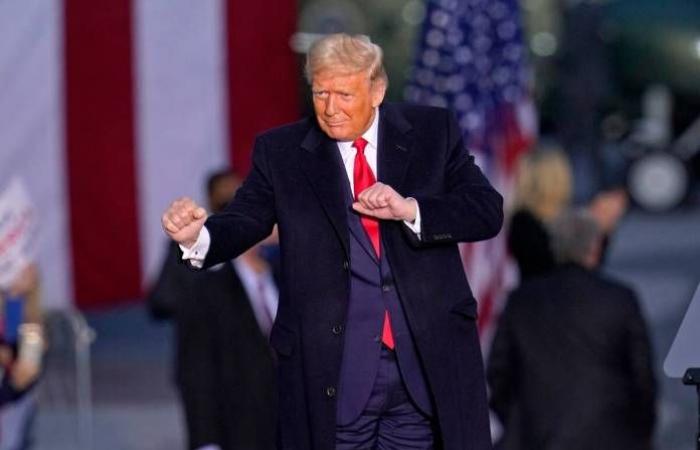 
President Donald Trump works in the crowd after speaking at a rally in Tucson, Arizona on Monday, October 19, 2020. (AP Photo: Ross D. Franklin)

US President Donald Trump, who is on the final leg of his political campaign, has turned to the same American failsafe that normal people do when a party needs to be bailed out. Last week, President Trump signed his campaign events with the song YMCA by the popular disco band Village People.

Trump was seen gesturing, pumping his fists, and clapping on the song that came out in 1978. The masses also seem to be enjoying the blast of the past in an otherwise serious and lukewarm campaign. But the villagers have asked Trump not to use their song at his rallies.

What is YMCA from Villagers?

The song YMCA was released by Village People as a single from their third album, Cruisin ‘(1978). The lyrics were written by Jacques Morali, also producer of the record, and singer Victor Willis.

YMCA stands for Young Men Christian Association, a global youth organization that can trace its origins back to 1844 in London. The organization was founded with the aim of investing Christian values ​​in the youth. The organization has grown and has beneficiary chapters in approximately 120 countries.

In the United States, the YMCA, or Y as it is colloquially known, offered affordable housing to people who came to cities to look for work in rural areas. In the 1970s, the Y also offered protection to young people who were confronted with life problems. During this time Morali had asked the singer Willis, “What exactly is the YMCA?” Willis saw Morali’s face change as he gave an explanation. So the song YMCA was born. His refrain sums up the feeling: “It’s fun to stay at the YMCA”. 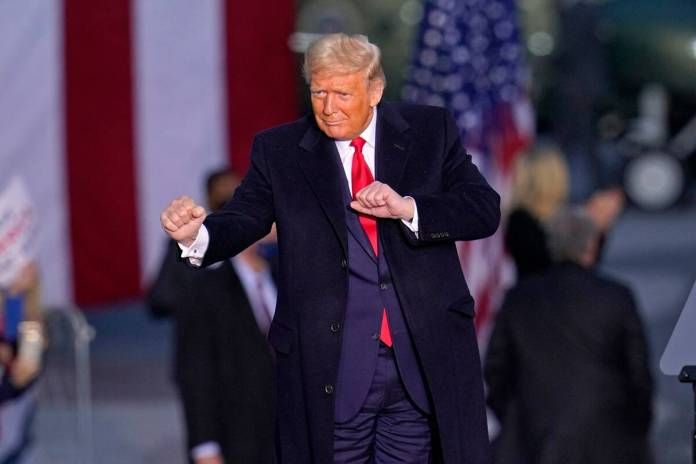 President Donald Trump dances while the villagers play the YMCA song as he works the crowd after holding a rally at the Altoona-Blair County Airport in Martinsburg, Pennsylvania on Monday, October 26, 2020. (AP Photo: Gene J. Puskar)

Why is the YMCA song so popular?

The four-minute, 47-second track is a recognizable song due to its simple lyrics and catchy melody. Although the song surprisingly didn’t hit number 1 in the US, it was number one in the world and is a must-have on almost all weddings and party playlists. It was named number 7 on cable channel VH1’s list of 100 greatest dance songs. To this day it is played at many sporting events and many call the song a testimony that the disco is not dead. This March it was added to the US Library of Congress’s National Recording Registry for being “culturally, historically, or aesthetically significant.”

There was a video released for the song in which the band members clapped and did a step dance to the song. Special choreography was later invented on American Bandstand, a music and dance program that introduced artists such as Prince, Jackson, and Cher to the American people in the mid-1950s through 1989.

The choreography involves the spelling of Y: hands outstretched and raised toward the sky; M spelled out by rotating the elbows from the previous Y posture where the fingers meet at the chest; C has his arms outstretched to the left, and A is made up of hands held together above his head like the tower of a church. The choreography was performed by viewers on the American Bandstand when the Village People appeared on the show in 1979. Today dance is an instantly memorable pop culture phenomenon.

Read between the lines

On the surface, the song promotes the inherent Christian values ​​of the YMCA, but it was later suggested that the song may be indicative of the Y’s hidden call. By the 70-80s, the Y had built a fairly underground reputation for being a place frequented by gay men, and the song was seen as a nod to the villagers’ very gay roots. The song was seen to celebrate gay culture and also to provide gay fantasy music to the many gay youth who were disco fans. ???? Express Explained is now in the telegram

The song was performed, parodied, and had numerous cover versions for decades. Pepsi changed YMCA to PEPSI in a 1997 Super Bowl commercial, where five bears played the YMCA signature choreography.

US Secretary of State Colin Powell performed the song at an ASEAN meeting in Jakarta in 2004. The text was changed to “President Bush, he said to me,“ Colin, I know you will agree. You have to run the State Department. We’re between a rock and a tough place. ”

The 2013 film Despicable Me 2 also covered the song, in which the popular cartoon character, the Minions, were dressed like the Village People.

Download the Indian Express App for the latest explained news.

These were the details of the news Explained: YMCA – the 1978 hit that caught Donald Trump’s attention for this day. We hope that we have succeeded by giving you the full details and information. To follow all our news, you can subscribe to the alerts system or to one of our different systems to provide you with all that is new.