What are the green pills in the Queen’s Gambit? 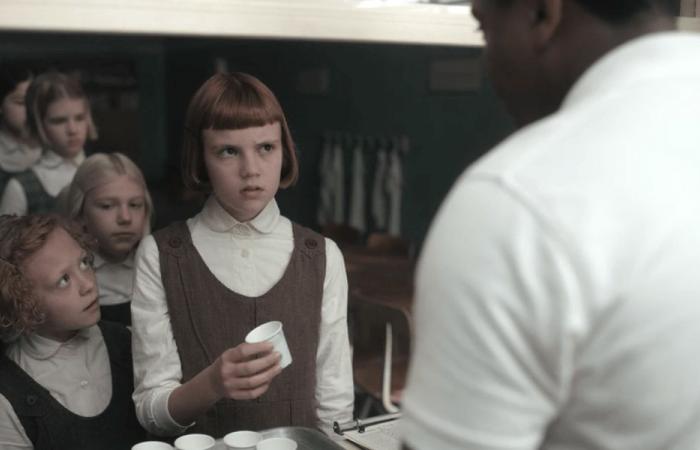 The first and last shots of the pilot episode of The Queen’s Gambit Child prodigy Beth Harmon falls after a bend – the first in 1967 lying in a bathtub in her clothes, and the finale with 9-year-old Beth lying unconscious on an orphanage floor surrounded by an absurd amount of green pills .

The series is adapted from the book of the same name by Walter Tevis and is partly based on the author’s chess career as well as several famous chess wonders, including the American Bobby Fischer.

While Fischer – as far as we know – never misused pills like Beth, her addiction has a real correlation. Tevis explained the origin of the addiction story in an interview with the New York Times::

“I was born in San Francisco. When I was young, I was diagnosed with rheumatic heart and given heavy doses of medication in a hospital. Hence Beth’s drug addiction in the novel. Writing about her was laxative. There has been some pain – I was dreaming a lot while writing this part of the story. But artistically, I didn’t allow myself to spoil myself. “

Tevis does not explain in the interview which drugs he was prescribed, but we can assume that they are very similar to those that Beth takes at the orphanage when she was 9 years old.

What are the green pills in the orphanage?

What we know about the pills at the beginning of the episode is that every child gets one per day and that some horde the pills and keep them for the night. The pills make the kids sleepy, and Beth stumbles down the hall first after taking one. She shouldn’t take too many to develop an intolerance to her, and if she goes without pills for a few days, her friend Jolene will knock her out because of her “withdrawal symptoms”: itching and nausea.

When the green pills are suddenly removed from the daily “vitamin” regimen, Fergusson tells Beth that the orphanage can no longer give children “sedatives”.

Although the series calls the drug “Xanzolam,” the green pills are likely based on chlordiazepoxide (“Librium”), which was patented in 1958. Librium was one of the first benzodiazepines, a class of drugs that are used to treat anxiety, among other conditions.

It is unclear how common the administration of Librium was in children, although it is possible that due to its early use it was given therapeutically to control anxiety in most age groups.

Do the pills cause hallucinations?

Early studies of the drug reported that patients had nightmares and that approximately 16 out of 100 users experienced “overdreaming”. Some also experienced hallucinations.

Whether the drug could help someone focus and improve their chess game – this development could be more dramatic than historical. Obviously, benzodiazepines should only be used when prescribed by a doctor.

These were the details of the news What are the green pills in the Queen’s Gambit? for this day. We hope that we have succeeded by giving you the full details and information. To follow all our news, you can subscribe to the alerts system or to one of our different systems to provide you with all that is new.