See the Flaming Lips perform “Assassins of Youth” in their Plastic... 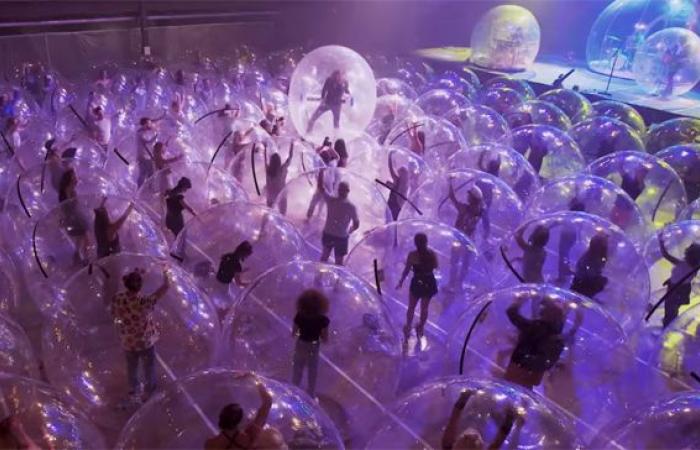 American head Now out about Warner

Wayne Coyne of the Flaming Lips has been performing in giant plastic bubbles for years, but this year the whole band also performed in bubbles due to the pandemic and recently they went a step further and played a concert in their hometown of Oklahoma City with the whole audience in bubbles. Now they have shared a video from the show that shows the band performing “Assassins of Youth”. The band released a new album, American head, via Warner Records (streamed here) in September and the song will be recorded from there. Check out the video below.

Long-time employee Dave Fridmann was a co-producer American head with the band. The album includes “Flowers of Neptune 6,” a new song the band shared via a video for the track in May. The song featured Kacey Musgraves for extra vocals and was number 1 on our list of songs of the week.

In June, The Flaming Lips performed for Die Late Show mit Stephen Colbert, with the whole band in separate plastic bubbles and also their audience, including some kids, in bubbles. And to make it even more contemporary, they did “Race for the Prize”, a classic from the 1999s Das Soft Bulletin about two scientists running for a cure. Then in September they did a performance for Die Tonight Show mit Jimmy Fallon of “God and the Policeman”, with every band member in their characteristic giant plastic bubbles.

In November 2019 The Flaming Lips released a new live album, The Soft Bulletin was recorded live at Red Rocks with the Colorado Symphony Orchestravia Warner Records. As the title suggests, the album featured a live concert recording their acclaimed 1999 album with the Colorado Symphony Orchestra (and conductor André de Ridder) at the Red Rocks Amphitheater near Denver, Colorado .

Read our exclusive interview with Wayne Coyne on his favorite album of all time from our My Favorite Album Issue.

The Flaming Lips released another new album, King’s Landing: Music and Songs, as early as April 2019 for Record Store Day (followed by a wider release in July 2019). King’s Landing contains spoken vocals by Mick Jones from The Clash.

Read our interview with Wayne Coyne from The Flaming Lips on King’s Landing.

Also read our Interview with the cover story 2017 with The Flaming Lips on Young’s eyes of our 15th anniversary edition.

support Under the radar on Patreon.

These were the details of the news See the Flaming Lips perform “Assassins of Youth” in their Plastic... for this day. We hope that we have succeeded by giving you the full details and information. To follow all our news, you can subscribe to the alerts system or to one of our different systems to provide you with all that is new.