Rare Giacometti sculptures will be auctioned with a starting price of... 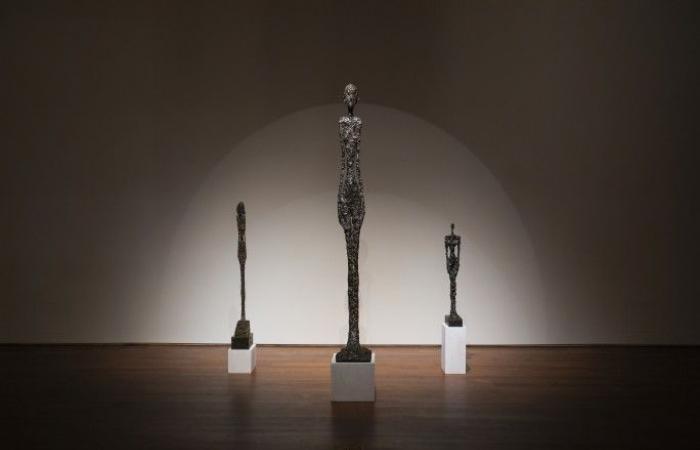 Serious collectors watch out! On October 28, Sotheby’s is auctioning the monumental “Grande Femme I” by Alberto Giacometti.

For this extraordinary sale, the house decided on an original bid strategy. Collectors can submit their bids online confidentially until October 27 – if their offer is over $ 90 million.

It is a sealed bid process, meaning that all bids are reviewed by Sotheby’s General Counsel and an external auditor. The highest bidder then acquires “Grande Femme I.” The monumental sculpture could very well sell for more than 100 million US dollars, as Giacometti’s works regularly break auction records.

The latest record was beaten by the monumental sculpture “L’Homme au doigt”, which sold in Christie’s New York in 2015 for $ 141.3 million, well over its estimate of $ 130 million. Similarly, “L’Homme qui marche I” reached $ 104.3 million at Sotheby’s in 2010. Sotheby’s believes that “Grande Femme I” could go the same way. “Works of this size and size by the artist have fetched record prices at auction, with comparable works selling for more than $ 100 million. “Grande femme I” is Giacometti’s final takeaway of both his ambition to sculpt on a massive and haunted level and his commitment to the feminine issue, “said Brooke Lampley, vice chairwoman of Sotheby’s, Global Fine Arts, in a press release.

“Grande Femme I” is part of a series of four monumental female statues that Giacometti created in 1960 for an outdoor installation on New York’s Chase Manhattan Plaza. Although this installation did not see the light of day, each of the four “Grandes Femmes” became an icon. While Sotheby’s has not officially revealed the identity of the seller of “Grande Femme I”, Bloomberg claims it could be American billionaire Ron Perelman. The cosmetics mogul has already sold works of art worth over $ 350 million.

This story was first published on AFP Relaxnews.

These were the details of the news Rare Giacometti sculptures will be auctioned with a starting price of... for this day. We hope that we have succeeded by giving you the full details and information. To follow all our news, you can subscribe to the alerts system or to one of our different systems to provide you with all that is new.