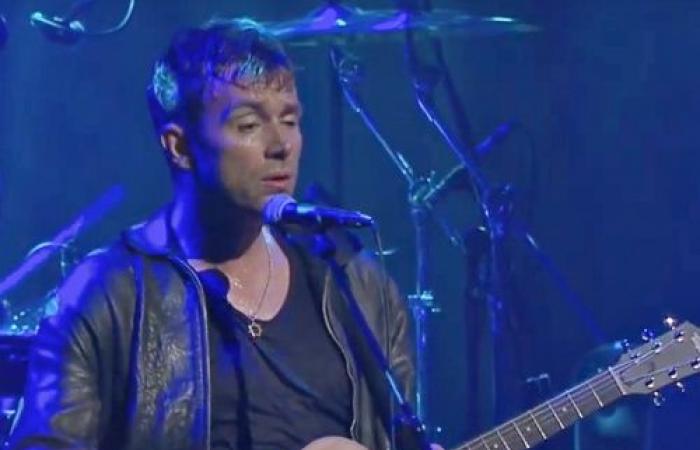 Damon Albarn joins Elton John for this week’s episode of Rocket Hour on Apple Music 1, which coincides with the release of Gorillaz’s new album, “Song Machine, Season 1: Strange Timez”.
In extensive chat with Elton, Damon talks about when he started working on the album, how he played the piano like Elton when he started writing songs with Blur, his niece played the trumpet on the Gorillaz track ‘Strange Timez’, how a Rod Stewart’s song inspired him to work in music and how Nigerian musician Tony Allen changed his life. Elton also reveals that he thinks Damon is “the most interesting British musician” and that there is no other British composer who has made music like him.

Elton on Damon is “the most interesting British musician”

I have to tell the people at home why I love you so much and why I am not ashamed, because from Blur came Gorillaz, The Good, The Bad & the Queen, Monkey came, which was an opera a long time ago And did as an artist and composer I always loved the fact that you did things that you loved and you researched and made choices about different music. I don’t think there is any other British composer who has ever done something like you … I have to give it to you, you are the most interesting British musician to me because you always go out and do something and throw everything behind it … It is unbelievable that you left one of the most successful bands of all time, and by the way, the last Blur album was a masterpiece for me and the joy of playing with wonderful musicians that you seem to love and I really admire that .

Elton: I tend to go through the store as a piano player with chord sequences and so on.
Damon: I was just starting out with Blur, I couldn’t play guitar, I just played the piano. My songs, as you say, were pretty popular and I had to stop playing the piano for a while because I just kept writing songs like Elton John and writing something else.

When I started thinking that maybe I wanted to write songs, it was one of those songs. I remember one particular trip where I walked from my village to Colchester that was like a six mile walk and I had it on tape and I must have heard it about 40 times on that trip … That kind obsession was my departure from classical music … You have to have that kind of obsession if you want to learn to do things.

All I sent him was a drum hit and not really a lot of chord information, but this crazy freestyle trumpet solo from my niece who was in lockdown. She is only nine! She’s absolutely brilliant, I drove her crazy, she got two or three notes, but boy does she play. And he loved it and I didn’t find it so wonderful that my 9 year old niece and Robert Smith make music together, it’s beautiful.

Damon when he started working on the new Gorillaz album

Well it started last October. I only want to make music when I feel like it, instead of spending two or three months recording a record, and that’s how I did it. And then it was only May last year, I mean May of this year, I was back in time, just like Boris’ new slogan ‘Build, Back, Better’. Get a time machine and meticulously rebuild the past.

Damon on Tony Allen, the musician who changed his life

I obviously wanted to mention Tony because he sadly passed away this year, he really was one of my best friends and I learned so much from him, such a beautiful person … he really changed my life when I met him, he changed it profoundly my life.

These were the details of the news Damon Albarn: “I had to stop playing the piano because I... for this day. We hope that we have succeeded by giving you the full details and information. To follow all our news, you can subscribe to the alerts system or to one of our different systems to provide you with all that is new.