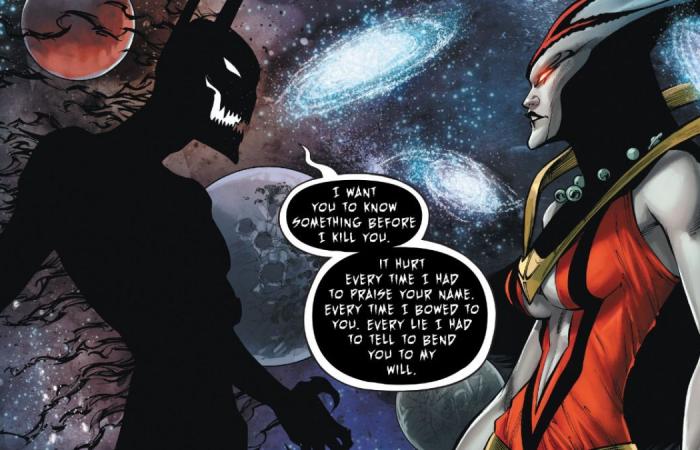 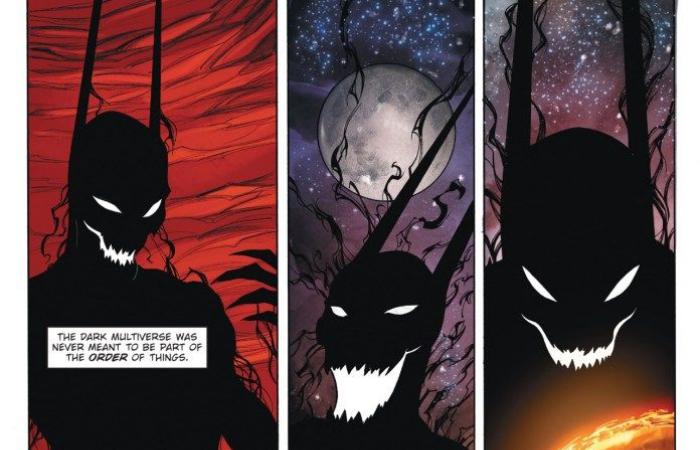 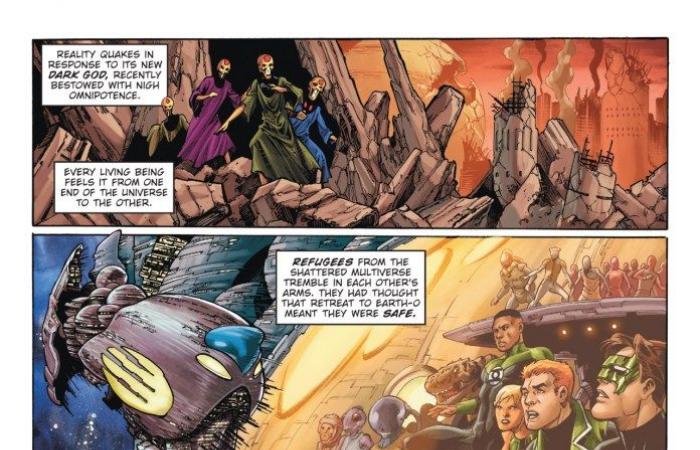 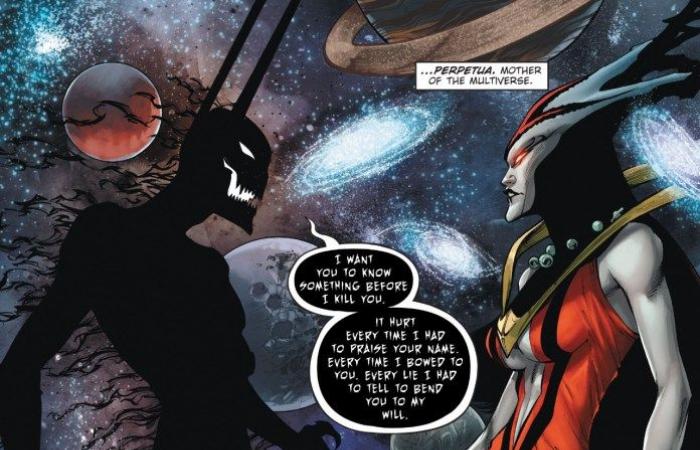 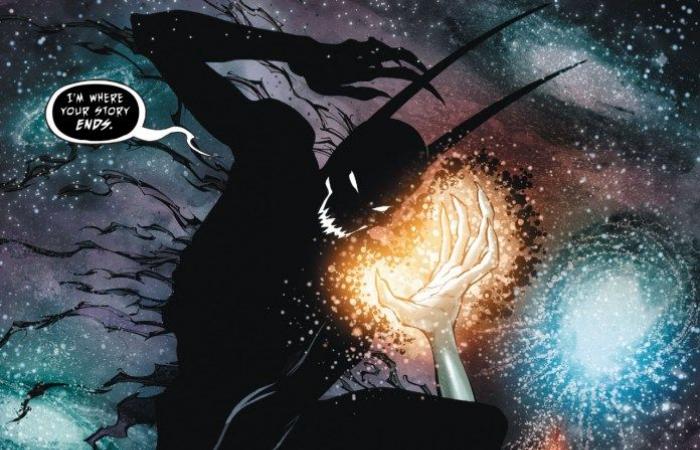 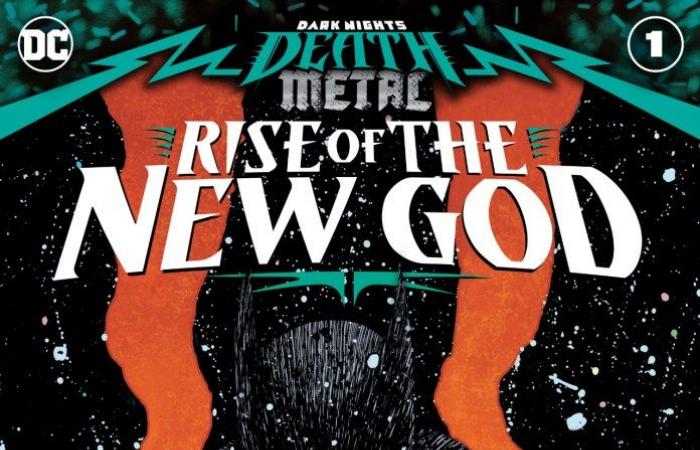 This week, DC readers could read more about perhaps the most disturbing of all Dark Multiverse Batman iterations – the Robin King in his one-shot special, Dark Nights: Death Metal.

Next week the publisher will focus on the most powerful – the darkest night, which is the brain of Batman Who Laughs transplanted into a dark multiverse Bruce Wayne that had the powers of Doctor Manhattan.

The 48-page one-shot Dark Nights: Death Metal Rise of the New God # 1 was written by James Tynion IV and Bryan Hill with art by Jesus Merino and Nik Virell and features Batman Who Laughs vs Perpetua.

“Batman. Always. Wins. This irrevocable truth resonates at the heart of Perpetua’s battle with the Batman who laughs … and if her ally reveals his absolute nature, she will turn this mantra on its head and destroy the last planet. His planet, ”says DC’s somewhat trippy description.

“But that is not enough… and the mother of all creation has to wonder if there is power in destruction, why should it ever stop? But that’s the thing about the truth … if it is a fact, there is no doubt about its godlike awe … and so step into the darkest knight. ”

Check out the preview pages below.

In addition to Darkest Knight and Perpetua talking to each other about rubbish, there is a brief cameo from Rip Hunter and Waverider and a Hypertime name check as the actual Death Metal eventually leads to the time-shifted Generations: Shattered and Forged Specials and the DC Future State Event from January to February.

Is the darkest night baddest of all bad batmen? Yes he is!

These were the details of the news Darkest Knight vs. Perpetual in Dark Nights: Death Metal Rise of... for this day. We hope that we have succeeded by giving you the full details and information. To follow all our news, you can subscribe to the alerts system or to one of our different systems to provide you with all that is new.