Hilary Mantel calls for the repatriation of the Irish “giant” skeleton 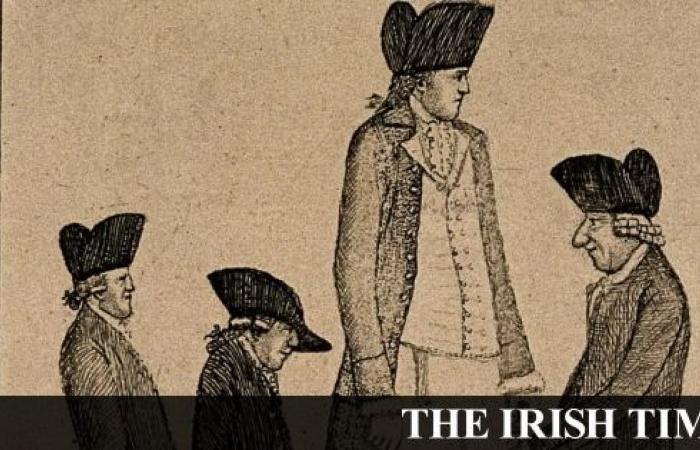 Author Hilary Mantel has asked the Royal College of Surgeons to repatriate the skeleton of an Irish “giant” whose bones are on display in London two centuries after his request for a burial at sea.

Byrne had a genetic form of gigantism that resulted in him growing over eight feet. His size made him a celebrity in 18th century London, and before his death in 1783 he went to great lengths to ensure that his body was not dissected – a fate normally reserved for executed criminals at the time. Despite his wishes and plans for a funeral at sea, his remains were acquired by the pioneering Scottish surgeon and anatomist John Hunter.

Byrne’s skeleton appeared in Jäger’s private collection four years later, and most of it was on public display for the next two centuries in the Hunterian Museum, operated by the Royal College of Surgeons.

In 2018, the Hunterian Museum said it would take Byrne’s fate into account during renovations.

Mantel, the Wolf Hall Booker winner and author of a fictional portrait of Byrne entitled The Giant, O’Brien, said this week it was “time for Charles to go home” and for his bones to be buried in Ireland.

“I know that in real life he was a suffering soul, nothing like the fabulous fairy tale giant I created, and that his satisfactions were lesser and his end was very bleak,” said Mantel.

“I think science has learned everything from bones, and the honorable thing now is to lay it to rest. It would be in line with the zeitgeist and I see no reason for delay. He waited long enough. “

However, Brendan Holland, a distant relative of Byrne who is 6 feet 9 inches tall and carries the same gigantism gene as his ancestor, says there may be more to learn.

“The reason it’s in the museum isn’t out of public curiosity, it’s there to educate students about genetic diseases,” Holland told the Irish Times. He said Mantel was mistaken in her novel that Byrne feared his body would be kept in a museum for hundreds of years.

“That’s not true, he was afraid of being dissected, which was a sign of crime. I’m pretty sure, knowing what he would have suffered, that he would have been generous enough to see, yes, if my body helps people not be in the situation I went through, it should be used. “

Mr Holland noted that research done in recent years using DNA from Byrne’s skeleton has helped save lives and prevented others from suffering the same ailment that Byrne did. More research could save more lives in the future, he added.

“It’s one of the things that made my condition meaningful. I had this problem before trying to be one of eight siblings to understand why I had the disease and the other seven didn’t. Now I understand why. “

Ronan McCluskey, director of the 2011 documentary Charles Byrne, the Irish Giant, says the skeleton “represents hundreds of people who have had this condition for thousands of years and have endured terrible suffering”. Viewing his bones brought more attention to the condition and allowed more people with the gene to access treatment, he said. He added that he didn’t expect the Hunterian Museum to be happy to part with the skeleton. “It’s the heart of the display, everything leads to this huge skeleton. Without the skeleton, the collection will mean a lot less, I would say they will stick to it.

A Hunterian Museum spokeswoman said it would not reopen for “at least” two years.

“An update of the plans for all exhibitions in the new museum will be published in due course.”

Dr. Cliona McGovern, director of forensic and legal medicine at University College Dublin, says Byrne objected to the use of his DNA in medical research.

“We know that Byrne did not consent to his body on display, and most unusually for a 1783 case, we know what his express request was: burial at sea. Hunter meddled in a funeral that was (and is) a legal right, nor was he referring to any of Byrne’s families who also had a legal right to Byrne’s estate. “At that time, the use of body remains for representation or anatomy was reserved for traitors and murderers. “

Byrne was determined that such humiliation was not for him, ”added McGovern.

“Newspaper reports of the time reported that he wanted to be weighed down and buried at sea. He wasn’t a criminal and didn’t want his body to be destroyed by corpse seekers. “Additional copy – Guardian

These were the details of the news Hilary Mantel calls for the repatriation of the Irish “giant” skeleton for this day. We hope that we have succeeded by giving you the full details and information. To follow all our news, you can subscribe to the alerts system or to one of our different systems to provide you with all that is new.