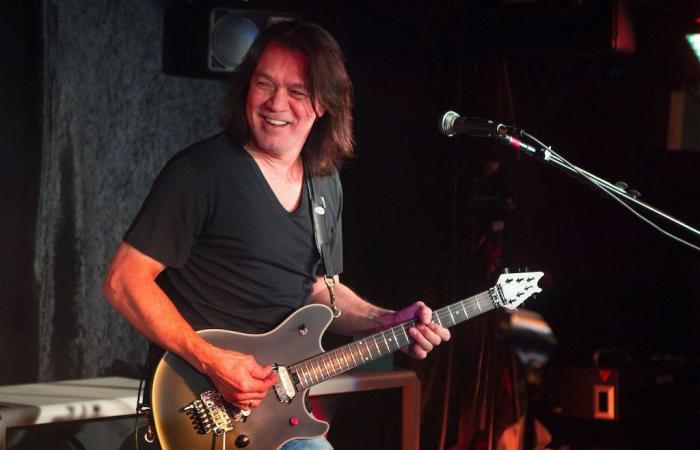 The death of guitarist Eddie Van Halen hit the Indonesian rock music scene particularly hard, not only because, alongside artists like Jimi Hendrix and Jimmy Page, he was a master of the instrument and part of the rock music pantheon, but also because he was able to understand his ancestors in the City of Rangkasbitung in Banten.

Van Halen’s mother, Eugenia van Beers, who came from Rangkasbitung, met the guitarist Jan’s father and married him shortly after Indonesia gained independence from the Dutch. The senior Van Halen was a traveling jazz musician in the Dutch Air Force.

But for many Indonesian musicians who mourned his death last week, it was mainly his guitar pyrotechnics and jubilant rock compositions such as “Jump”, “Running with the Devil” and the virtuoso “Eruptions” that left indelible marks.

Eet’s playing was so similar to Van Halens that he became known as Indonesia’s version of the guitarist, and rumors spread that he was a mentee to the American guitarist.

“This is a total joke. I went to the United States in the early 1980s to study audio engineering and there was no way for me to study with him. He was so popular; how could he have time for me? ”Eet said at a live memorial for Van Halen on Thursday last week.

But Eet admitted that his Eureka moment came when he was going to a Van Halen concert in California and seeing the guitarist’s virtuosity in person.

“I was flattered that people compared my work to Van Halen’s. But Eddie was only part of my musical journey. It was impossible to imitate. There was only one Eddie, ”he said.

The guitar legend died Wednesday at the age of 65 after battling throat cancer. Eddie had battled the disease for over a decade and had been in and out of the hospital for a year.

Millions of his fans remembered him for his melodic guitar solos, thanks to his signature two-handed tapping technique, his mischievous grin, and his larger-than-life artistic personality associated with his eponymous band – which he formed with his brother Alex too big in the mid-1970s Success.

For millions of young people who grew up in the 1980s and early 1990s, Van Halen’s music was a soundtrack to their growing pain.

“His song ‘Runnin’ with the Devil ‘was my battle cry against my Catholic school teachers and friends who campaigned against the satanic themes of rock music,” said Arian Arifin of Jakarta-based metal band Seringai.

And like millions of young people in the country who listened to Western pop music in the early 1990s, Arian said his first contact with Van Halen’s music was made through cheap pirated copies.

“I’ve been a fan for so long, and when I finally found out he was half Indonesian, nothing changed. I already liked his music, ”said Arian The Jakarta Post.

“Many of us were exposed to Van Halen for the first time through fake records,” he said

“In that regard, these record pirates played the role of flavor makers. The tracks they selected for the compilations defined the term Van Halen as it is known to the Indonesian public to this day. ”

Adib remembered hearing Van Halen’s hit single “Jump” from 1984 Countless times in his youth in the 1980s, when it was repeated on a local radio station in his hometown of Salatiga in Central Java. He said it was a turning point for Indonesian pop culture.

Even musicians who found Van Halen’s technique too difficult to imitate felt his influence on their musical DNA.

“I learned his tapping techniques once from a counterfeit DVD, but I gave up. It’s tough. I’m more of a Jimmy Page [of Led Zeppelin] Person, “said Rekti Yoewono, the lead singer and guitarist for Bandung-based band The SIGIT.

Your premium period will expire in 0 day (s)

These were the details of the news Remembering Van Halen, guitar legend with Indonesian roots – entertainment for this day. We hope that we have succeeded by giving you the full details and information. To follow all our news, you can subscribe to the alerts system or to one of our different systems to provide you with all that is new.