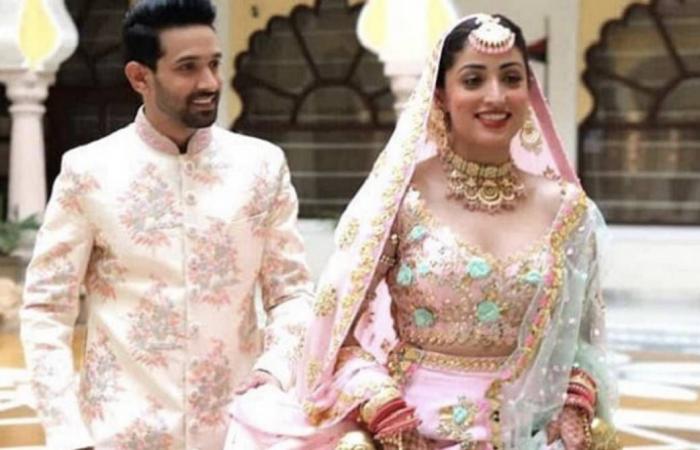 Thank you for reading the news about Ginny Weds Sunny Review: Is this big fat Punjabi... and now with the details

Aden - Yasmine El Tohamy - What's not to like about a Bollywood movie revolving around the theme of the perennially entertaining big fat Punjabi wedding? Well, if it comes in the form of Ginny Weds Sunny by debutant director Puneet Khanna, the answer, sadly is everything.

Delhi boy Satnam Sethi (Vikrant Massey) is raring to get hitched to just about anyone who will nod along to his proposal. When he sets eye on his childhood crush, a headstrong Ginny Juneja (Yami Gautum), sparks fly and he along with both sets of families and the entire universe it seems goes into an overdrive to get the lovebirds together.

She, however, turns out to be commitment phobic (all hail the modern Indian woman!), while he infamously is said to roam around with a mangalsutra in his pocket and even has his Manyavar (ka-ching - brand endorsement at its best) D-day suit and destination-wedding venue, Noor Mahal, picked out.

Even when Sunny discovers his brash, marriage-shy 'soul-mate' is confused and clinging on to her ex-boyfriend (Suhail Nayyar), he is manipulated by her matchmaker of a mother (Ayesha Raza in an otherwise delightful turn) to pursue her with all the obsession of a roadside Romeo, with this classic advice: 'Love is just a habit,' that needs to be cultivated.

The movie goes into a song and dance mode till Sunny and Ginny finally end up doing the saath pheraas in an opulent venue, with everyone decked out in their local Manish Malhotra finery.

Ginny Weds Sunny reminded me a lot of another Delhi-based film Ujda Chaman to the extent even the neighborhoods looked eerily similar - what is it with Delhi boys and their desperation to get hitched?

From constant references to the Punjabi fondness for samosas and paneer and eating out at local dhabas, with Mika and Badshah dropping by for an energetic set at a local club, Ginny Weds Sunny plays out like an ode to every conceivable Punjabi stereotypes out there. Except strangely the Punjabi characters are the ones mouthing these inanities to each other, as if they need to be coached on their own cultural idiosyncrasies.

Massey with his cheesy smile rarely faltering, is tragically utterly believable as the stalkerish 'eligible' neighbourhood boy. I say tragically, cause he has been a staple on the OTT platform in recent times with heavy-duty performances in series like Mirzapur and Criminal Justice; he even had an impactful role in Chhapaak and the recent Netflix release Dolly Kitty Aur Woh Chamakte Sitare.

Yami Gautam is again a beautiful actress with amazing screen presence. You just have to see her as the self-obsessed Tik-Tok star in Bala. Her Ginny who initially comes across as liberated and fearless soon fizzles into an extremely soppy and immature character with a great sense of entitlement.

Ginny Weds Sunny is the kind of movie that even pre pandemic would have been classified as being aeons behind the times. But in a post Covid era, this tale of the big fat Punjabi wedding is definitely one you should be maintaining social distance from. Unless of course you get your kicks from watching grown up men and women run circles around each other in the frivolous name of love.

These were the details of the news Bollywood News - Ginny Weds Sunny Review: Is this big fat Punjabi... for this day. We hope that we have succeeded by giving you the full details and information. To follow all our news, you can subscribe to the alerts system or to one of our different systems to provide you with all that is new.