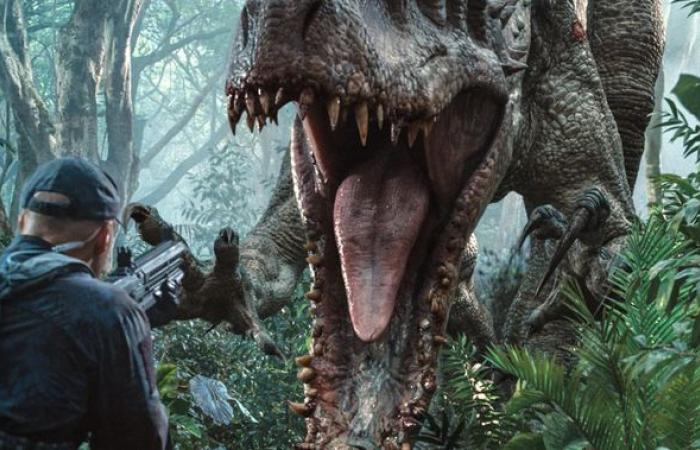 Thank you for reading the news about New 'Jurassic World' shoot suspended after Covid-19... and now with the details

Filming on the new Jurassic World movie at Pinewood Studios in the UK has been suspended for two weeks because of COVID-19 cases on set. Director Colin Trevorrow tweeted Wednesday that there were "a few" positive tests for the virus.

He added that the individuals tested negative shortly after, but that they would be pausing for two weeks regardless to adhere to safety protocols.

A spokesperson for Universal Pictures said they were informed of the positive tests last night and that all tested negative this morning.

"The safety and well-being of our entire cast and crew is paramount," the spokesperson added. "Those who initially tested positive are currently self-isolating, as are those who they have come into contact with."

On Tuesday, Universal said that the release of Jurassic World: Dominion was being delayed a year to June 2022.

The franchise starring Chris Pratt was one of the first major Hollywood productions to restart after pandemic-related shutdowns. The New York Times in August wrote about the enhanced safety protocols on the set and a few crewmember cases in Britain and in Malta over the summer.

It's the second significant shoot to be affected by Covid-19. Last month the UK shoot on The Batman, a Warner Bros. film, also halted production because of a positive case.

These were the details of the news Bollywood News - New 'Jurassic World' shoot suspended after Covid-19... for this day. We hope that we have succeeded by giving you the full details and information. To follow all our news, you can subscribe to the alerts system or to one of our different systems to provide you with all that is new.