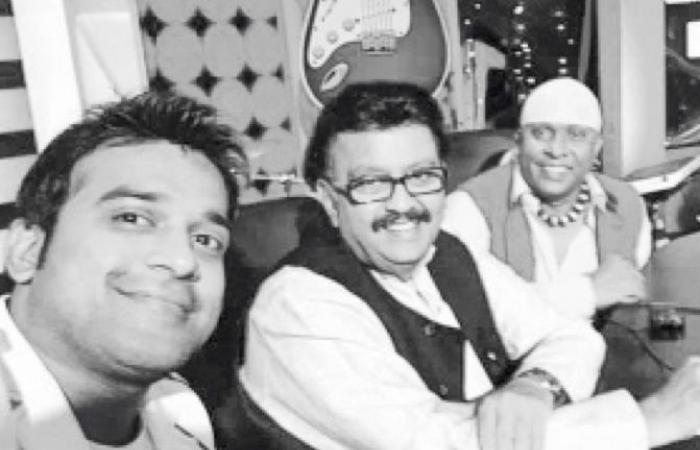 Thank you for reading the news about Renowned musician Stephen... and now with the details

Covid-19 cannot silence SP Balasubrahmanyam, whose mesmerising voice transcended barriers of language and religion and entertained generations of music lovers across the world.

As I fight the tears that every music lover sheds in India and abroad, it's hard to believe I would no more be rubbing shoulders with the master of music on stages; I would no more be playing accompaniment to one of the greatest geniuses India had produced.

Indian music is a fathomless ocean when it's classical and "SPB Sir" will be remembered for his great ability to bring inlets of that ocean to the common man. When composers like MS Viswanathan and Ilayaraja brought great classical scales into film songs, SPB was able to render them with so much ease.

I reminisce one of the many shows we had done together. It happened on the Markham Ground in Toronto, Canada, which can accommodate around 24,000 people. Organisers informed us that they would let in people early to check how many would turn up. Before we could begin the sound check, SPB Sir called me into his room for a quick rehearsal. It was a two-and-a-half-hour show and I was going to perform piano unplugged for 30 minutes. As we finished our rehearsals quickly, SPB spoke to me about life, which was the biggest takeaway from the concert for me.

That conversation in itself was a university that helped me prepare to be a better musician. It was from him I learned the importance to be a better human. The moments I spent with him at different shows and studios filled me with positive energy. It was lessons in life I learnt from him more than music.
The Canada concert was the best I ever had with him. That 30 minutes of piano unplugged along with SPB and Hariharan was a dedication to Ilayaraja's 50th birthday. The show was supposed to start at 6pm, but the ground was packed by around 3pm. The huge traffic jams the concert caused was news on local television channels.

After doing a couple of television and reality shows together, it dawned on me that it's very rare to find a man so amazingly talented yet so humble and mature; so celebrated yet so good at heart.

His versatility had always been an enigma for me. He had the power to create magic at stage shows. It's very rare to find musicians who could sing perfect pitch at the age of 74. It's God's gift and lots of hard work. He was one of the most versatile musicians in India, having sung more than 40,000 songs in Telugu, Hindi, Malayalam, Tamil, Kannada and other languages.

When we started a movement called the Kerala Artist Fraternity to help musicians struggling because of Covid-19, SPB messaged me asking if he could also be a part of the project. And his cash contribution benefitted 42 artists. He also became the advisory board member of the organisation. More than a singer and a musician, SP Balasubrahmanyam was a great human being.
Rest in peace, SPB Sir.

These were the details of the news Bollywood News - Renowned musician Stephen... for this day. We hope that we have succeeded by giving you the full details and information. To follow all our news, you can subscribe to the alerts system or to one of our different systems to provide you with all that is new.