Bollywood News - Salman Khan is the epitome of strength, says... 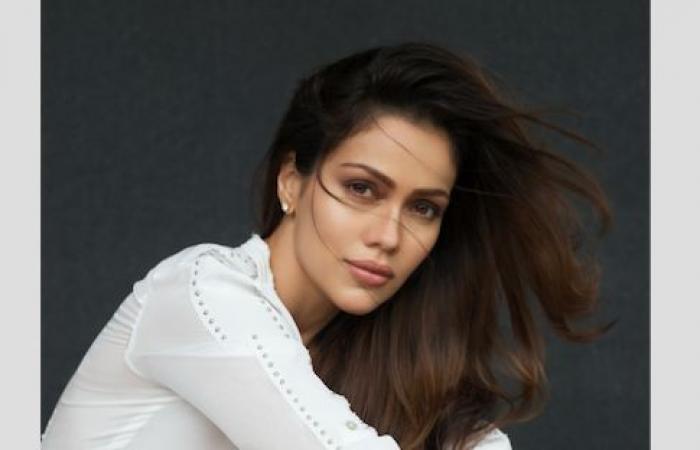 Thank you for reading the news about Salman Khan is the epitome of strength, says... and now with the details

Aden - Yasmine El Tohamy - Model-turned-actress and television host Waluscha De Sousa, who made her big screen debut with Shah Rukh Khan's Fan in 2016, is looking forward to another career landmark, her OTT debut in action/espionage series Crackdown, directed by Apoorva Lakhia, which premieres on Voot Select on September 23.

The 36-year-old revealed over a Zoom call with City Times how she is a big believer in 'timing', admitting her big break came later in life than she expected.

And 'here' is a not a bad place to be. With people cooped up in their homes over the past few months owing to the Covid pandemic, and theatres shut, streaming channels have had a field day, and web series have seen a mighty surge in viewership.

She said, "In a weird way, it's also a good time. I'm also happy that I'm able to reach an audience and entertain an audience that is now sitting at home, and on their phones, on the Internet. So in a way it's great timing-wise, but pandemic-wise, it's not the best thing that's happened to any one of us."

'Action gets my blood rushing'
Waluscha's new series Crackdown, which she terms a 'spy thriller', was shot prior to the lockdown, something the actress is grateful for.

She told us why action may just be her new favourite genre. "I can't tell you too much about my character (she plays Garima Kalra, in her own words 'a wife, mother and a total bad ass'), but it's safe to say that it involves a lot of action. We were training across two months, and everyone's put in a lot of hard work. It was a lot of fun training with (co-stars) Saqib (Saleem), Shriya (Pilgaonkar), and Iqbal (Khan).

Getting in shape for a high-octane show can be rigorous and Waluscha revealed there were a "lot of aches and pains" post training, and she even suffered an injury to her foot. "I was trying a special kick that I haven't tried before and it just went wrong! I ended up having a ligament tear that kept me off my foot for a good three weeks. I couldn't train. But once we started shooting I did all my action with a bandaged foot! All in all, it was thrilling, it was a lot of fun and I've come to understand that action gets my blood rushing. I love doing it and I'm hoping to do a lot more as far as this genre is concerned."

'Modelling has a special place in my heart'
Waluscha's journey from modelling to films and now OTT, is one she says "has never been planned." She spoke of some of the highlights of her career.

"I was discovered by designer Wendell Rodricks at the age of 16 and I was fortunate enough to have a fellow Goan to take advice from; he was somebody I could talk to. So modelling will always have a special place in my heart, it's always going to be my baby - whoever I am today or whatever work I'm getting, that's where it all started. I landed my first commercial at the age of 17 with Shah Rukh Khan for Pepsi - so that was quite exciting - and so much came from there."

Waluscha came across as extremely practical in her attitude towards her career. "Hosting was an opportunity that came my way," she said of her stint on a dance reality show on Indian television, adding, "With a lot of responsibilities in my life, I do not have the luxury of saying 'no' and not exploring, so why not. I did a show called Nach Baliye with Maniesh Paul, a great experience because Maniesh is so witty, he's very quick to come up with things, and just sharing that stage with him for the first few weeks was really intimidating, but then, I started to enjoy it, and had fun."

"All in all when I look back I think 'yeah, life's okay'. It has its ups, it has its downs but I think your attitude towards life is very important and to have a great support from family and friends is a must."

'Salman is the epitome of strength'
Waluscha was stuck in Panvel when the Mumbai lockdown was announced and spoke about how the experience taught her to be strong and face crisis situations with a positive attitude.

"The cases were rising in the city and the safest thing to do was to just go away for just the weekend (with our families). And then the lockdown was announced and the cases only started increasing. It was a very trying time for each and every one of us; Covid has affected our economy, it has affected our work. We are so unsure of what tomorrow has in store, we don't know when the next paycheck is going to come. The only difference the way I see it is (about being in Panvel) is that we had the open space."

While in Panvel she had a chance to interact with Salman Khan about his charitable Covid initiatives, hosting a YouTube talk called 'Lockdown conversations' with the actor. She was all praise for Salman reaching out to the underprivileged during this difficult time.

"It (the pandemic) is going to be difficult time for a while for each of us. But I think coming out of the lockdown and coming out of that quarantine what I've learnt is that I've seen Salman being an inspiration to so many people.

"He is the epitome of strength and that is something that I have learnt from him and it's going to stay with me forever because no matter how bad things get, to be able to be that strength for your family and your friends, to shoulder that responsibility, and at the same time when your world is crumbling to be able to reach out to daily wage workers and have that empathy for people, to reach out to neighbouring villages and send them sacks of rice, dal, oil. even things like toothpaste and toothbrushes and soaps, was really inspirational to see."

Waluscha concluded our conversation by giving a shout-out to her fans here in the UAE. "Please go ahead and watch Crackdown. A lot of blood, sweat, ligament tear (laughs) all put together - it's a show made with a lot of love, it's the first time I'm doing action. I can assure you that with the twists and turns you will be sitting on the edge of your seat! I hope you love it!"

These were the details of the news Bollywood News - Salman Khan is the epitome of strength, says... for this day. We hope that we have succeeded by giving you the full details and information. To follow all our news, you can subscribe to the alerts system or to one of our different systems to provide you with all that is new.