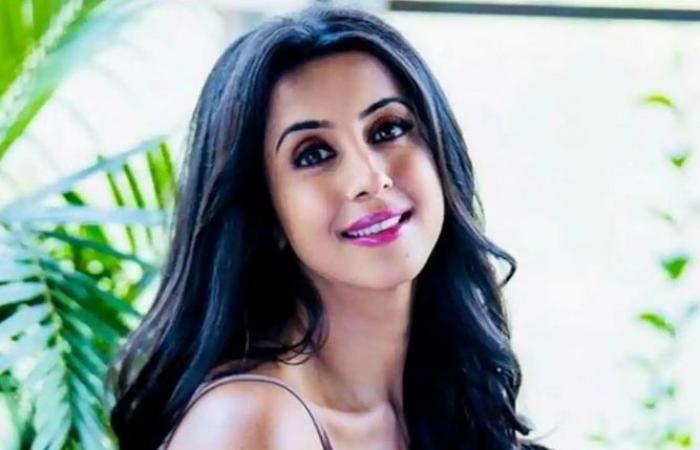 Thank you for reading the news about Sandalwood drugs case: Sanjjanaa in judicial custody,... and now with the details

Along with her, the court also remanded to judicial custody high-profile event organiser Viren Khanna, Ravi Shankar and others till September 19.

The Central Crime Branch police concluded its investigations involving Galrani and others, as a result of this, the CCB did not seek any extension of her custody with them.

While in the case of another Kannada actress Ragini Dwivedi whose bail application came up for hearing, but the court postponed the hearing till September 19, which means she may have to remain in Parapappana Agrahara central prisons till then.

Earlier in the day, actor-couple, Aindrita Ray and Diganth Manchale who were summoned for questioning by the Central Crime Bureau of the Bengaluru Police in the alleged drugs case involving Sandalwood stars have been let off after the first day's interrogations.

Confirming this to the media, Joint Commissioner of Bengaluru Police (Crime), Sandeep Patil said that the preliminary interrogations of Ray and Diganth have concluded but the police have instructed them to be present whenever they are required for further investigations.

Addressing the media, the actor-couple who were returning from the CCB office stated that they were ready to cooperate whenever the police summoned them in this connection. "We cooperated in today's investigations, we will do it in future as well, whenever they call us, we will present ourselves in front of them," they said while getting into their vehicle and leaving.

According to a senior police officer, neither Aindrita nor Diganth showed any sign of resistance during the entire course of interrogations. "They cooperated fully. When we asked them to hand over their mobile phones, without resisting they handed them over. We will have to probe into these mobile phones based on inputs we may gather from these devices, we might summon them for second round of investigations," the officer added.

The officer pointed out that in both cases involving Ragini Dwivedi and Sanjjana Galrani, both actresses resisted besides name dropping when the police summoned them or raided their premises, and this was one of the main reasons why the police acted tough. "Their behaviour was very crude when we met them for the first time. Therefore, it becomes more important for us to remain tough in those cases," he explained.

Meanwhile, the CCB police have arrested an African drug peddler, who allegedly supplied drugs to be used at high-end parties and was also allegedly involved in the drugs case.

The accused drug peddler has been identified as Benald Uddena, an African national and the police have also recovered 12 gms of cocaine from him.

Confirming his arrest, Joint Commissioner (Crime) Bengaluru Police, Sandeep Patil described that he is a very important link in this (Sandalwood drugs) case. "We were looking for three African drug peddlers based on our investigations. After digging deep into Benald's antecedents, it emerged that he is the same person who used to impersonate using three names - John, Coke, and Blackie - while selling drugs to his clients."

Patil asserted that he would be taken into custody for further investigation.

Benald is the second African national, while the first one was Senegal national Loum Pepper Samba who was nabbed in this case and who was remanded to judicial custody by the court last week.

These were the details of the news Bollywood News - Sandalwood drugs case: Sanjjanaa in judicial custody,... for this day. We hope that we have succeeded by giving you the full details and information. To follow all our news, you can subscribe to the alerts system or to one of our different systems to provide you with all that is new.