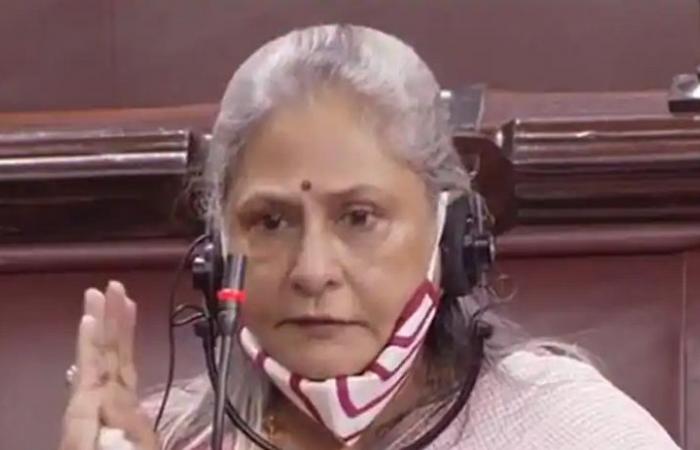 Thank you for reading the news about Bachchans trolled after Jaya Bachchan's... and now with the details

Aden - Yasmine El Tohamy - The Bachchan family is being trolled by netizens after Samajwadi Party member and actress Jaya Bachchan alleged that a continuous attempt to defame the film industry is being made, taking an indirect jibe at actor-politician Ravi Kishan who has claimed that drug addiction happens in the film industry.

Since Tuesday morning, the keyword "Bachchans" started trending on Twitter along with #JayaBachchan, Jaya Ji, gutter and #istandwithravikishan as netizens slammed the veteran actress along with the rest of her family, for remaining silent on major issues like Palghar Sadhus lynching and Sushant Singh Rajput's death among others. They also interpreted Jaya Bachchan's Rajya Sabha speech as an attempt to protect drug addicts of the film industry.

But now attacks @ravikishann of exposing pudiyawood....These Bachchans are such a disgrace..#GutterBollywood," tweeted a user.

"We as a nation wanted to listen Bachchans's stand on SSR brutal murder & terrors of Drug-Mafia & Movie-Mafiya in Bollywood but they remained tongue-tied & today they're criticising #SSRWarriors to support Drug-Mafias. #ShameOnHypocrites #ShameOnBolBachchan #ShameOnBachchans," tweeted another user.

"The Bachchans are total dodos in terms of using their social influence! Absolute waste! I've never seen this cowardly family taking a stand against any injustice before this. But ofcourse, they will come out asking for "protection" for bullywood's drug cartel. #JayaBachchan," remarked another user.

"Jaya ma'am, where were you when Amitabh ji hid his money to evade taxes as revealed by panama expose? Wasn't that also an example of "bite hands that feed you", hand being our own India? #JayaBachchan," asked another user.

These were the details of the news Bollywood News - Bachchans trolled after Jaya Bachchan's... for this day. We hope that we have succeeded by giving you the full details and information. To follow all our news, you can subscribe to the alerts system or to one of our different systems to provide you with all that is new.