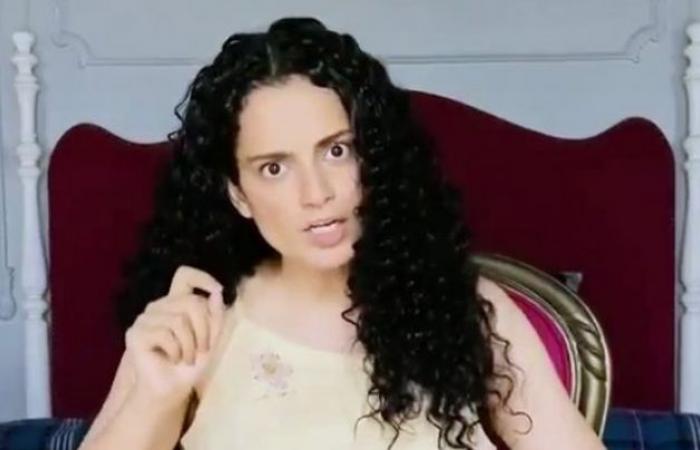 Aden - Yasmine El Tohamy - Kangana Ranaut says she is more than happy to get a drug test done after Maharashtra Home Minister Anil Deshmukh on Tuesday ordered a probe into the actress' alleged statements in the past that she had consumed drugs.

Kangana took to Twitter, where she shared a small clip of a news report that stated Mumbai Police would be probing the actress for reportedly using drugs.

"I am more than happy to oblige @MumbaiPolice, @AnilDeshmukhNCP please do my drug tests investigate my call records if you find any links to drug peddlers ever I will accept my mistake and leave Mumbai forever, looking forward to meet you," Kangana tweeted.

In the ongoing Kangana Ranaut versus the state of Maharashtra war, state Home Minister Deshmukh on Tuesday ordered a probe into the actress' alleged statements that she consumed drugs.

"In an interview, Adhyayan Suman, the son of Shekhar Suman, who had a relationship with her, had made certain statements that Kangana Ranaut used to take drugs. The Mumbai Police will investigate this matter," Deshmukh informed mediapersons here Tuesday afternoon.

He also made a similar statement in the Maharashtra Assembly following questions by two Legislators, Pratap Sarnaik and Sunil Prabhu.

"In the Assembly, I have replied that she had relations with Adhyayan Suman, who said in an interview that she (Kangana) took drugs and also forced him to do so. Mumbai Police will look into all this in detail," Deshmukh added.

The assurance came a day after Congress Spokesperson Sachin Sawant demanded a probe into Ranaut's purported confessions to consuming drugs, and urged the government to find out her 'drug links' and who was supplying the narcotics to her.

On Monday, Sarnaik had demanded that the Assembly take up a unanimous resolution to take action against Kangana for tarnishing the image of Mumbai and Maharashtra through her series of statements in the past few days.

He also said that while Kangana had accused film personalities of consuming drugs, some actors have also alleged that she herself was on drugs.

These were the details of the news Bollywood News - Kangana Ranaut happy to undergo drug test for this day. We hope that we have succeeded by giving you the full details and information. To follow all our news, you can subscribe to the alerts system or to one of our different systems to provide you with all that is new.