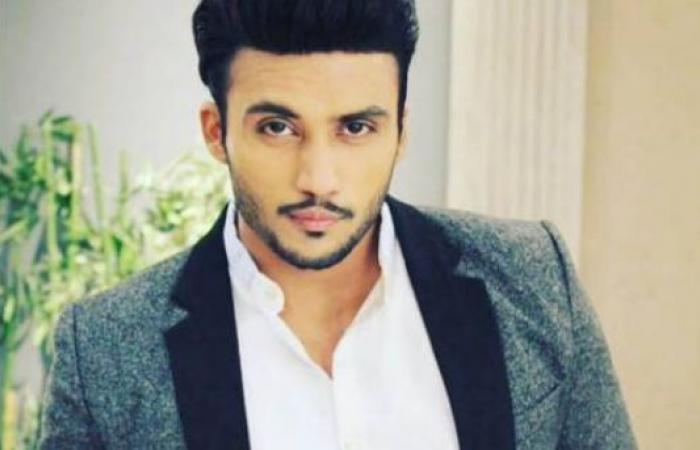 Thank you for reading the news about Zuber K. Khan to star in SSR-inspired film backed ... and now with the details

Incidentally, a co-producer of the film is Sarla A. Saraogi, whose husband Ashok M. Saraogi represents Sushant's ex-manager Shruti Modi in the ongoing investigations into the actor's death.

"The story mostly focuses on both Rhea and Sushant's lives - their chemistry, their affair living together and all that. Nyaay: The Justice not only talks about justice for SSR, but justice for Rhea as well, and whoever else is getting into this case. The film speaks about justice, even though the verdict is yet to be out on Sushant's case in real life," Zuber said.

He plays a character inspired by late actor Sushant Singh Rajput, who he claims to have personally known. "I will be playing Sushant's character. I am privileged to play Sushant, even though we were not in touch lately. But we were in touch five years back. However, the names of the characters would be different in the film. This film will be my tribute to Sushant," informed the actor.

Divulging more about his acquaintance with the late SSR, Zuber added: "I know Sushant from our gym, we used to go to the same gym where we would often talk while training for martial arts in 2015. He used to give me workout-related suggestions. Also, we connected while working for the same production house Balaji (Telefilms), for which he has done Pavitra Rishta and I did Kasam Tere Pyaar Ki."

Quizzed how he is preparing for the role, the actor replied: "I have not been very close to Sushant but, yes, we were in touch in the past. I have known him as a person, seen his body language, his reactions, his mood swings. This will help me prepare to play his character on the screen."

Asked if the film will show anything related to the drugs angle that has lately cropped up in the real-life probe into the Sushant case, currently being investigated by the NCB, or show anything about the actor's mental health, Zuber replied: "I don't think any drug angle will be there, because this film is basically focussing on Sushant and Rhea's love affair and their ups and downs. But yes, the film will cover details revealed by the CBI and Mumbai Police, which people already know. The negative angles of Sushant's life will not be explored in the film."

Zuber added: "Sushant was not depressed, I personally feel. He was a charming and lovable boy and so full of life!"

Actress Shreya Shukla will play a character inspired by Sushant's girlfriend Rhea Chakraborty while the rest of the casting for the film is still to be finalised.

Directed by Dilip Gulati, Nyaay: The Justice"is expected to go on floors within a week, and release within this year. Apart from Sarla A. Saraogi, the film is also backed by Rahul Sharma.

These were the details of the news Bollywood News - Zuber K. Khan to star in SSR-inspired film backed ... for this day. We hope that we have succeeded by giving you the full details and information. To follow all our news, you can subscribe to the alerts system or to one of our different systems to provide you with all that is new.