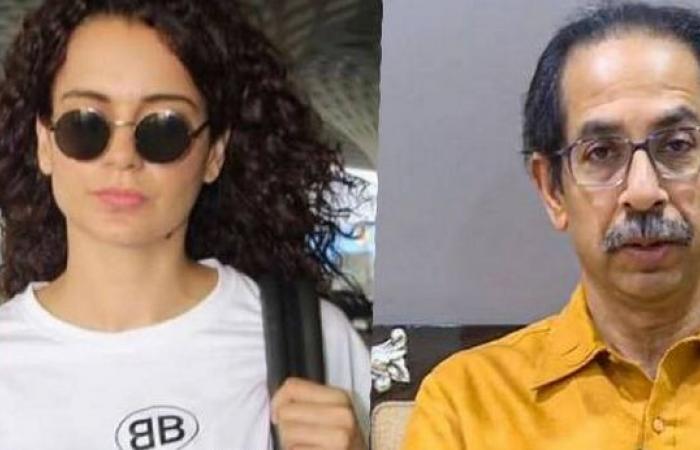 "First they come here and call it 'Aamchi Mumbai', they stay and work. Some people are grateful towards the city where they live and earn their livelihood, but others are not," Thackeray said in the Maharashtra Legislative Assembly.

Paying tributes to former Sena MLA and ex-minister Anil Rathod, Thackeray recalled how he came from Rajasthan, made Maharashtra his home and was a hardcore Shiv Sainik.

Several leaders of the ruling Maha Vikas Aghadi government from Shiv Sena-Nationalist Congress Party-Congress slammed the Centre's move to accord Y+ category security to Ranaut, who stirred a massive political row with her recent comments on Mumbai, the city police and the state in general.

A team of officials from the Shiv Sena-controlled BrihanMumbai Municipal Corporation carried out a surprise visit to survey Ranaut's offices even as the actress cried foul and alleged that the civic body planned to demolish them.

"This is the Manikarnika Films office in Mumbai. It took 15 years of hard work to achieve this. It was one of my dreams to have my own office if I ever got the opportunity to become a filmmaker. But now it looks like my dream is going to be destroyed," she tweeted.

Reacting to the security provided to Ranaut, Home Minister Anil Deshmukh (NCP) said that "the decision to provide security to people who insult Mumbai and Maharashtra is surprising and sad".

Congress Minister Vijay Wadettiwar said that by giving her security, the Centre and the BJP have "endorsed her comments against Maharashtra, which is a betrayal of the people of the state and is politically motivated".

Condemning the move, Sena legislator Pratap Sarnaik questioned whether the Centre would provide security to someone like (fugitive don) Dawood Ibrahim Kaskar if he talks against Mumbai or Maharashtra.

Congress spokesperson Sachin Sawant demanded that the Narcotics Control Bureau should probe Ranaut's drug links in view of some videos which have emerged now.

"Some videos have now emerged in which Kangana Ranaut has confessed that she was a drug addict. If that was so, then who was supplying her these drugs? The NCB which is probing the matter should investigate her," Sawant said.

He said that some of her former associates have revealed that she was allegedly taking hash, cocaine etc., which must be investigated and the NCB must suo moto take cognizance to question her.

Attacking Ranaut, Sena MP Sanjay Raut said that his party follows the ideology of great Hindutva icons like Chhatrapati Shivaji Maharaj and Maharana Pratap, who have taught to respect women.

"But some with malicious intent are spreading misinformation that Shiv Sena has insulted women. One should not forget the fact that those making these allegations have themselves insulted Mumbai and our deity Mumbadevi," Raut said.

These were the details of the news Bollywood News - Thackeray takes a jibe at 'ungrateful' Kangana for this day. We hope that we have succeeded by giving you the full details and information. To follow all our news, you can subscribe to the alerts system or to one of our different systems to provide you with all that is new.