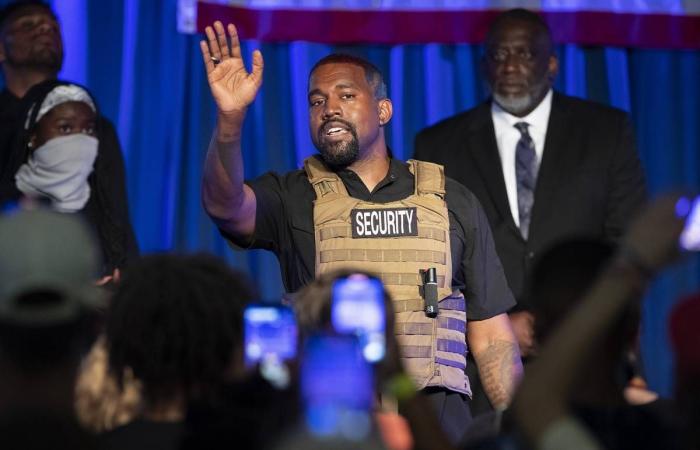 Thank you for reading the news about Kanye West puts over $6... and now with the details

Aden - Yasmine El Tohamy - West launched the campaign back in July for elections in America and has to date qualified for the ballot in 10 states.

Musician Kanye West has put in $6.76 million in his presidential campaign which includes millions of dollars to political operatives for helping him get on the ballot.

According to Variety, West launched the campaign back in July for elections in America and has to date qualified for the ballot in 10 states. Numerous links to Republican-aligned lawyers have raised concerns that the campaign by the musician is siphoning Black votes away from Democratic nominee Joe Biden.

Judges in Arizona and Virginia have removed his name from the ballot.

The campaign finance report of West was filed on Friday and it shows that it paid $1.28 million to the Atlas Strategy Group for 'ballot access services.'

As per Variety, the firm is run by Gregg Keller, a former executive director of the American Conservative Union and a longtime figure in Republican politics in Missouri.

West's campaign has spent $5.87 million so far, of which $2.7 million went to the company Millennial Strategies which is based in Long Island in New York which has been working on Democratic campaigns. The firm has been paid for ballot access services and polling.

These were the details of the news Bollywood News - Kanye West puts over $6... for this day. We hope that we have succeeded by giving you the full details and information. To follow all our news, you can subscribe to the alerts system or to one of our different systems to provide you with all that is new.