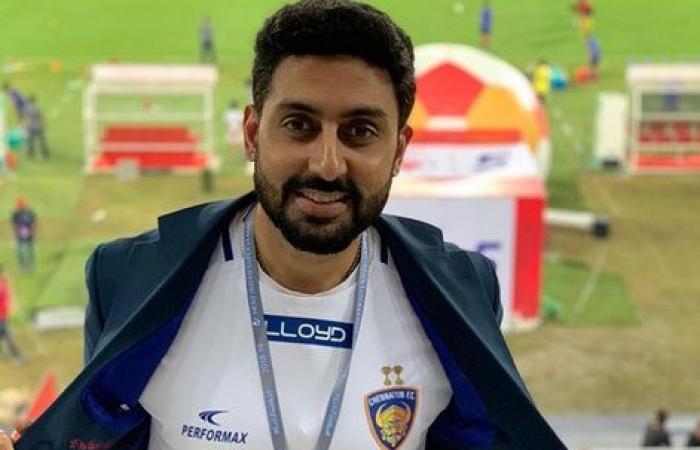 Getting ready to get back to work, actor Abhishek Bachchan on Monday shared with his fans a comparison picture, as he got his hair trimmed.

The actor posted to Instagram, a before and after picture as he announced that its time for him to 'get back to work.' Bachchan Junior shared a monochromatic picture as he wrapped an apron around the neck. In the before picture, the actor is seen with long curly hair while the after picture shows Abhishek sporting the clean and trimmed hairstyle.

Along with the picture, the star noted in the caption, "Before and after! Time to get back to work.Thank you @aalimhakim."

The post garnered more than 76,000 likes from fans and celebrity followers with many leaving comments.

Senior actor Anupam Kher wrote, "I wish I could also post a pic of before and after."

While filmmaker Zoya Akhtar left a smiling emoji over the post.

Meanwhile, Junior Bachchan is awaiting the release of his film The Big Bull. During a virtual interaction on Hotstar VIP, Bachchan said he is working with Devgn for the second time after Bol Bachchan, and also launched the poster of The Big Bull. Sharing the plot of the film, he said the story was based in the late 80s and early 90s in Mumbai.

These were the details of the news Bollywood News - Abhishek Bachchan says it's 'time to get back to work' for this day. We hope that we have succeeded by giving you the full details and information. To follow all our news, you can subscribe to the alerts system or to one of our different systems to provide you with all that is new.