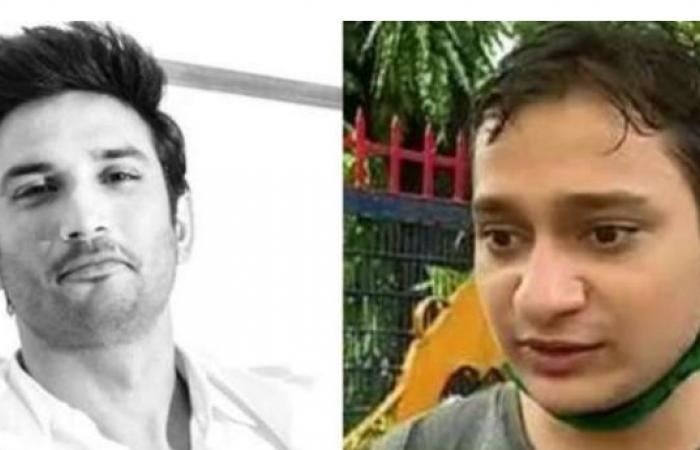 Thank you for reading the news about Sushant's ex-manager Ankit Acharya says Rhea is... and now with the details

Aden - Yasmine El Tohamy - Ankit Acharya, former manager of Sushant Singh Rajput, has rubbished claims that the late actor was on drugs or had gone through depression in 2013.

At the moment, two new claims are being made in the case - one about actress Rhea Chakraborty giving drugs to her boyfriend Sushant without his knowledge, and the other where Rhea shared that Sushant first experienced a depressive episode in 2013, which intensified in 2019 during their Europe trip.

Acharya, who lived with Sushant in his house as his assistant from July 2017 to July 2019, feels Rhea is manipulating the narrative to protect herself.

"He was very conscious about his health. He used to take protein shake. I don't understand why Rhea is saying all this. She is thinking of protecting herself. I was shocked to read all the drug related chats because Sushant Bhaiya never used to do all this," he added.

In WhatsApp chats recently made public, Rhea spoke of using 'MDMA' and also discussed marijuana. "In case we speak about hard drugs, I haven't been doing too much. Tried MDMA once," she allegedly messaged a man named Gaurav Arya, asking him: "You have MD?"

A message sent to her by one Jaya Saha on November 25 last year read: "Use 4 drops in coffee, tea or water and let him sip it. Give it 30-40 minutes for it to kick in." It is being presumed that the "him" refers to Sushant.

Reacting to this, Acharya said: "I am very shocked, and I am thinking why Rhea is saying all this. She is twisting the story. First, she said that he got depressed after he saw some paintings in Europe and now she is saying something else. She is just twisting the story again and again."

On the recent claim about Sushant's depression phase in 2013, Acharya said: "Did you see what all is she saying in today's interview? Did she even meet Sushant in 2013? So, how can she talk about what happened in 2013. 'Aisa kuch nahi hua tha' (Nothing of this sort happened). She is lying. She is just twisting the story."

On June 14, Sushant was found dead in his home in Mumbai. At that time, Mumbai Police had concluded it was a case of suicide, and investigated reasons that might have caused Sushant to end his life. Many conflicting theories have emerged since then, adding to the mystery. The case has been now transferred to the CBI.

Earlier in an interview, Sushant's former manager had said: "He was not someone who would commit suicide. The person who tells others to work hard, struggle and move ahead in life - how can that person commit suicide? I am talking about his nature in real life, not reel life or his movie Chhichhore. He used to advise people not to give up, and just move ahead and struggle - 'chaahe marr marr ke saamna karo'."

These were the details of the news Bollywood News - Sushant's ex-manager Ankit Acharya says Rhea is... for this day. We hope that we have succeeded by giving you the full details and information. To follow all our news, you can subscribe to the alerts system or to one of our different systems to provide you with all that is new.