Bollywood News - Disturbing that autopsy found nothing in SSR's... 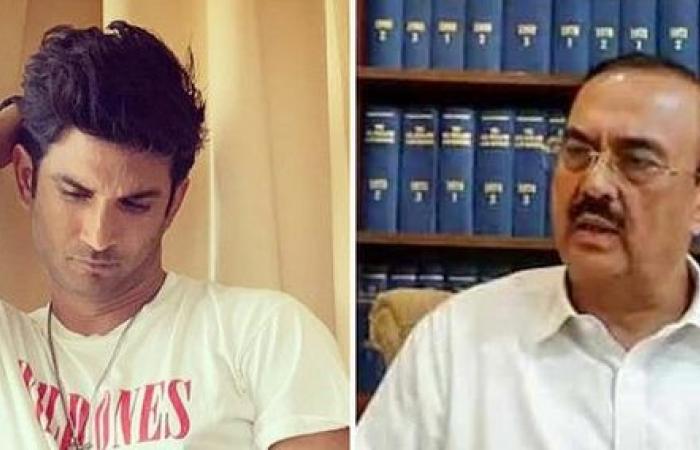 Thank you for reading the news about Disturbing that autopsy found nothing in SSR's... and now with the details

Aden - Yasmine El Tohamy - While a controversy has erupted over the discrepancies in the autopsy report of Bollywood actor Sushant Singh Rajput, his family lawyer and senior advocate Vikas Singh said on Tuesday that it is "pretty disturbing that the report says nothing was found in the stomach."

"Delay in post-mortem can happen especially in the times of Covid-19. In my view if you have consumed something and you are alive for a certain number of hours then only it gets mixed with the blood stream but in this case if you die in a few hours nothing would go in the blood stream as nothing can be consumed so I don't think the delay would have impacted so much but in any case the post-mortem says that it has found nothing in the stomach and that is pretty disturbing," said Vikas Singh.

He further said that he is not at all satisfied with the post mortem report. "Let us see how things shape up, as per my knowledge, the complete papers and photographs relating to the post-mortem have still not reached the forensic team and is likely to reach today, so it would be by tonight that some clarity would come in," Singh said.

Earlier in the day, BJP leader Subramanian Swamy while commenting on the alleged discrepancies in the post mortem report had said, "Now the diabolical mentality of the killers and their reach is being slowly revealed: autopsy was deliberately forcibly delayed so that the poisons in SSR's stomach dissolves beyond recognition by the digestive fluids in the stomach. Time to nail those who are responsible."

Speaking about the alternative options available with the CBI in the absence of the body, Vikas Singh said, "The CBI has about 70 photographs taken during the post mortem, also it can always recreate the scene of crime and they can always take an expert view as to whether it is a suicide or not."

"In my view, by this way of committing suicide you can definitely hang, but, the moment you start struggling being touching the bed, you will immediately come back to the bed and that is the reason why suicide by hitting the stool is the most effective because even if there is a struggle period, there is no way you can survive," the senior advocate said.

He further added that the CBI would also be scanning a lot of electronic records including CCTV footage and call details. When asked about the reliability of the photos given by the post-mortem team, the advocate said, "Well, they will be given by the post-mortem team to the CBI forensic team officially so I don't see why it won't be credible but even if there is some morphing done to the pictures, the CBI will look into that too, so it is not like that you can do something and get away with it."

Sridhar joined the CBI probe at the DRDO guest house in Santacruz area of Mumbai, where the CBI's SIT team is staying. Sridhar was joined by Mewati, Pithani and Neeraj.

"If Rhea keeps giving evidence which contradicts her conversation with Mahesh Bhatt then CBI will have no alternative but to arrest her and subject her to custodial interrogation to get at the truth," read Swamy's tweet.

These were the details of the news Bollywood News - Disturbing that autopsy found nothing in SSR's... for this day. We hope that we have succeeded by giving you the full details and information. To follow all our news, you can subscribe to the alerts system or to one of our different systems to provide you with all that is new.