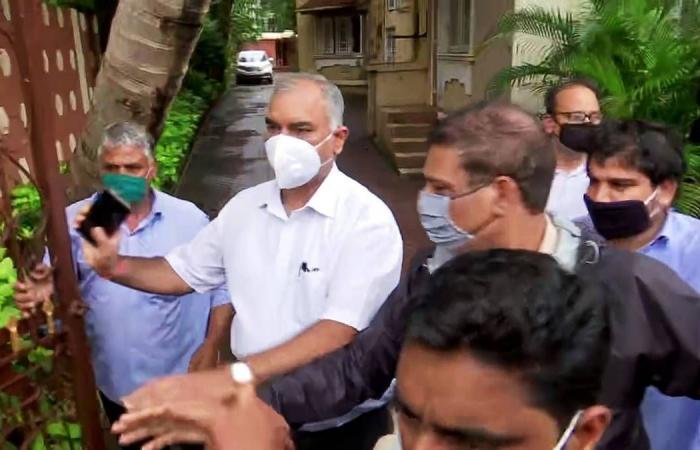 Thank you for reading the news about SSR's flatmate, staff still being quizzed by CBI and now with the details

According to CBI sources, Pithani and Singh joined the questioning earlier in the day at the DRDO guest house in Mumbai's Santacruz area.

The CBI source added that on Sunday the agency had also questioned the actor's personal staff Dipesh Sawant apart from Pithani and Singh about the behaviour of Sushant after his break-up with Rhea Chakraborty and whether she took financial and professional decisions for Sushant, besides whether she really was keeping the late actor away from his family.

The CBI also quizzed them about why they did not call the police immediately after they saw the actor dead in his room, and why they had brought down the body of Sushant and did not wait for the police to arrive.

The source said that the CBI will summon more people for questioning in the case including Rhea, her father Indrajit, brother Showik and mother Sandhya. The CBI could ask Rhea why she left Sushant's flat on June 8 and what was the reason for her breakup with the 34-year-old actor.

He said Rhea would also be questioned about the details of Sushant's treatment and why she fired the former staff of the actor.

A team of CBI SIT once again arrived at Waterstone resort on Monday, where Sushant stayed for two months.

The CBI team was also expected to speak to Sushant's healer and check on the payments and the visitors who had come to meet the late actor.

On Sunday, the CBI visited the resort and stayed there for over two hours and tried to determine how Sushant was behaving when he had stayed there.

As per reports, it was reported that Chakraborty and the late actor were here for his spiritual healing for which the sessions were conducted in November last year.

On Sunday, the CBI's questioning of Pithani, Singh and Sawant at Bandra's Mont Blanc Apartment revolved around recreating the crime scene after it found inconsistencies in their statements.

The source said the agency found stark differences and inconsistencies in their statements, so around 2.30 p.m. on Sunday, they were taken to the Bandra flat to be questioned separately on the chain of events on June 13 and 14. Mumbai Police personnel, who had visited Sushant's flat on June 14 when the actor was found dead, were also present with the CBI and the forensic team.

The CBI has questioned both Pithani and Neeraj thrice since Thursday after the team arrived in Mumbai from Delhi, as it seeks to ascertain what really happened between June 8 to June 14, when his girlfriend Rhea Chakraborty left for her house and who all visited his flat till the time Sushant was found dead.

It also wants to find who all Sushant spoke to in the absence of Rhea and how he was behaving when his sister stayed with him till June 12.

In the coming days, the team is expected to question Rhea and her family members.

An agency source also said the CBI will ask for the call detail records of Sushant, Rhea and others. The CBI took over the probe from the Bihar Police on August 6 on the orders of the central government following a recommendation by the Bihar government in wake of an FIR lodged by Sushant's father, K.K. Singh, at Patna's Rajiv Nagar police station on July 25.

The Enforcement Directorate is also probing a money laundering angle in the matter. It has so far recorded the statement of Sushant's sister Priyanka Singh and his father in Delhi, besides another sister Meetu Singh, former live-in partner Rhea, Showik, Indrajit, Miranda, Shruti Modi, Pithani, Rumi Jaffery and several others in Mumbai.

These were the details of the news Bollywood News - SSR's flatmate, staff still being quizzed by CBI for this day. We hope that we have succeeded by giving you the full details and information. To follow all our news, you can subscribe to the alerts system or to one of our different systems to provide you with all that is new.