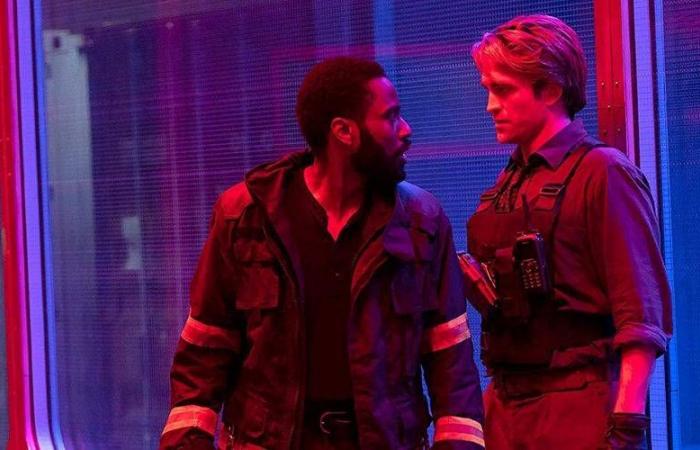 Thank you for reading the news about U.S. cinemas reopen amidst coronavirus pandemic, 'Tenet'... and now with the details

Tenet is the first big-budget movie from a major Hollywood studio to head to theaters since the coronavirus outbreak shuttered theaters around the world in March.

Ticket sales for the film from AT&T Inc's Warner Bros will be closely watched as a gauge of how many people will leave their homes to go to the movies. The film opens in 70 countries starting on August 26 and in the United States on September 3.

Tenet got an 87% approval rate on review aggregator website Rotten Tomatoes, although critics said its time-bending plot was so contorted, it was hard to follow at times.

Star John David Washington plays a CIA operative recruited to help the shadowy Tenet organization that is trying to stop an apocalyptic event.

The Times of London called the 2.5-hour film a "globetrotting, jaw-dropping and delightfully convoluted big-screen blockbuster" and added "Cinema, finally, has returned."

The New York Times said the movie was enjoyable and "reassuringly massive in every way as a piece of movie-making shot across multiple global locations."

IndieWire was less impressed, calling the movie a "humorless disappointment."

The Hollywood Reporter said Tenet has a lot riding on it. "There will be viewers scrutinizing every tweet, review and opinion aggregator as they weigh whether to leave their quarantine bubbles to see it," it said.

Theaters have been gradually opening around the world. In the United States, major chains including AMC Theatres and Cineworld Plc's Regal Cinemas opened their doors for this weekend with limited attendance, mask requirements and other measures to reduce the chances of catching the disease.

The National Association of Theatre Owners announced on Friday that operators of more than 30,000 screens had agreed a standard set of procedures.

"Moviegoers need to know that there is a consistent, science and experience-based set of health and safety protocols in place no matter what theater they visit," said John Fithian, president of the industry group.

These were the details of the news Bollywood News - U.S. cinemas reopen amidst coronavirus pandemic, 'Tenet'... for this day. We hope that we have succeeded by giving you the full details and information. To follow all our news, you can subscribe to the alerts system or to one of our different systems to provide you with all that is new.