Bollywood News - Sonu Nigam all fired up for... 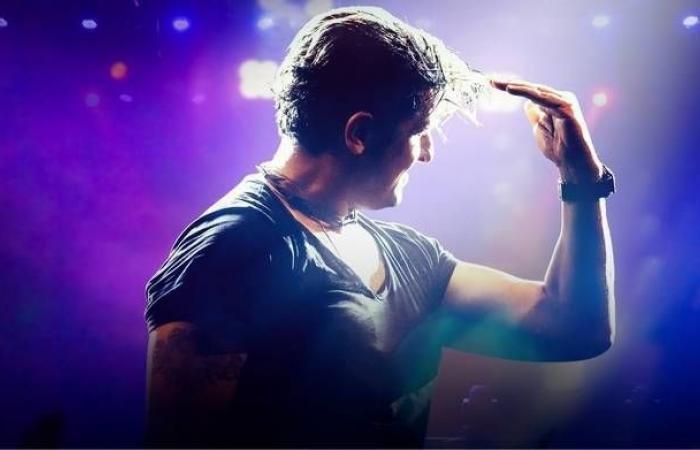 Thank you for reading the news about Sonu Nigam all fired up for... and now with the details

Aden - Yasmine El Tohamy - It's a concert he has never done before. Bollywood singer Sonu Nigam, who has been grounded in Dubai due to the lockdown in India, tells City Times over a Zoom chat about his upcoming show at the Dubai World Trade Centre on August 21. "This is the first time I am performing with a global team. I have collaborated with international artists before in the UK, but not like this one. I had teamed up with the City of Birmingham Orchestra some time back for a show, but the musicians were all from the UK, so that wasn't exactly a global orchestra, said the Kal Ho Naa Ho hitmaker who has performed multiple shows in Dubai over the years.

For the first time, an ensemble of 18 musicians and performers from different nationalities are going to come together on stage to perform Nigam's songs. "The team comprises musicians from Russia, Lebanon, Spain, France, UAE, and Mexico, America, Russia. Of course, there will be Indians and Pakistanis in the band too. So, you could say it's the first-ever global concert in my life," explained Nigam.

The concert titled 'Sonu Nigam ~ The Light' is part of the Dubai Summer Surprises extravaganza and said to be the world's first-ever live Bollywood concert with Covid Consciousness. Organisers Blu Blood Middle East are pulling out all the stops to ensure the show follows the UAE government's latest Covid-19 health and safety guidelines.

The show was conceptualized more than a month-and-a-half back, and Nigam was baffled as to how it would be possible for an event of this magnitude to take place during the pandemic. "The concert is organised by Osman and Shaaista who I've known and worked with for a long time. They came up with this (wonderful concert) idea. Initially, it took a while for the idea to sink in because I've been doing grand shows in this city over the years, but how does one execute a concert of that scale at a time like this. Moreover, I don't have access to my regular band and technical team. Initially, we didn't think it could happen. But look at the courage (of the organisers), it is due to the persistence and perseverance of Osman and Shaaista that this gig is happening. You know, when God is presenting you with an opportunity, you should think about it, experiment, get creative and do something about it."

Nigam has been living in Dubai for nearly five-and-a-half months due to the travel restrictions, but he's thoroughly enjoying his time here. "My wife and son are living in Dubai. My son wanted to be educated abroad and we thought that Dubai is a very safe place, plus it's also close to India, so we decided to move here. He's studying at Swiss International School. When the pandemic started, we thought that things would be back to normal in 15 days to a month, little did we know that it would go on for such a long time. Thankfully, Dubai has done very well, and unlike some other countries, the UAE has done well in managing the pandemic in a very matured way, that's why things have been good over here."

Coming from the busy world of Bollywood in Mumbai, we ask Nigam if he misses the buzz of the place and how he manages his time here. "I've been keeping busy with many things. I've set up a studio here from where I am talking to you right now. I'm doing lots of work sitting here in Dubai. I've been connecting with people online through my vlogs. I've also been focusing on fitness, it's of prime importance right now. Besides that, I've been reading, watching movies, praying, spending quality time with family. I'm spending lots of time to be with my son. So, all in all, it's been a nice time for me here!" he says.

"Talking about Mumbai, I don't need to be there. I've been creating enough buzz sitting in Dubai. However, I must say that we've surely been missing out on the bliss of live performances, audiences, touring and travelling, but I know that this (situation) is not permanent, it will pass soon. And it's because we're missing out on concerts that we decided to do something in Dubai. On August 21st, we are attempting something that's going to be one of the most precious and humbling memories of my life - It's called 'Sonu Nigam ~ The Light' concert," he added.

Like Nigam, his son Nevaan is also blessed with a mellifluous voice. The young talent showcased his vocal prowess during an online concert held by Nigam in Dubai earlier. When asked what he would pass on to Nevaan if he ever decides to join the music industry, the singer said, "I don't know what's best for my son. When I surrender myself to things everything happens in the right manner. I'll tell him 'never take charge of your life, you can only work hard, be sincere, don't be critical of people and treat them with respect'. My son is inherently a blessed musician, but he likes making and editing films. Who am I to tell him what to do. He can always keep music as a passion. I want him to follow his destiny."

Musical shows on TV are one of the most popular small screen segments today, garnering high TRP ratings. But it was Nigam who set the ball rolling by hosting the first episode of Zee TV's Sa Re Ga Ma way back in 1995. It's the oldest running musical show on Indian TV, but unlike today's musical reality shows that are replete with melodrama to get ahead in the TRP race, the shows of the past focused on pure talent.

"Ours was a musical talent show, these are reality shows," explains Nigam. "Reality show makers know what the audience wants. They read the mindset of the viewers and employ clever marketing tactics (to increase viewership). They make shows that touch the emotions of viewers. Everyone is doing it for TRPs. However, these shows are also showcasing some extremely talented singers. I wish that the makers would not compromise on the piousness of music, if I may use that term for it. Music is a pious thing. Musicians are different from other creative people, they're very sensitive. So to mock their sensitivity (in the shows), I feel that's being overdone these days. However, I'm amazed and inspired by the talent these days on those shows. Things just keep on getting better."

Nigam was highly influenced by the legendary Mohammed Rafi's style of singing in his early days. He began his singing career at the age of four when he joined his father Agam Kumar Nigam on stage to sing Rafi's song Kya Hua Tera Wada. He was even called the 'Modern Rafi' by fans. When asked if he were to ever to meet Rafi in another life what would he say, Nigam, replied, "Mohammed Rafi is my pir (master/guide). Rafi saab is the light that has shone on my path, he 'showed' me how to sing. I haven't sung a single song on stage or in the recording studio without folding my hands and seeking the blessing of my gurus, beginning with Rafi saab. I have always followed my father's advice, 'Never compete with your teacher'. But some people love me and tell me that I sound better than Rafi saab. Rafi is Rafi, there's no comparison. Legends like Rafi, Kishore (Kumar), they're my teachers. I've learnt from them. It's never going to be the other way around. This is the truth!"

Sonu Nigam ~ The Light will be held on Friday August 21, at the Dubai World Trade Centre. For tickets visit: www.dubai.platinumlist.net[email protected]

These were the details of the news Bollywood News - Sonu Nigam all fired up for... for this day. We hope that we have succeeded by giving you the full details and information. To follow all our news, you can subscribe to the alerts system or to one of our different systems to provide you with all that is new.