Bollywood News - Sanjay Dutt was first to extend help after my... 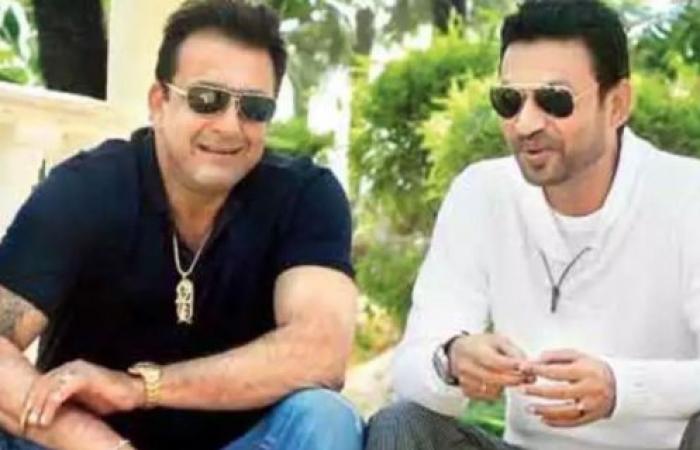 Thank you for reading the news about Sanjay Dutt was first to extend help after my... and now with the details

Aden - Yasmine El Tohamy - Months after the demise of Bollywood star Irrfan Khan, his son Babil Khan on Thursday said that actor Sanjay Dutt was one of the first few people to extend his help to his family when the actor passed away.

In an early morning Instagram post, he further revealed that Dutt was also among the first few to help in "every way" when Khan was diagnosed with cancer in 2018.

Babil posted a picture of his late father with his Knock-Out co-star and penned a short note.

"Here's a secret; Sanju Bhai was one of the first people to offer help in all and every way when my father was diagnosed after Baba passed, Sanju bhai was again one of the very first few people that held a pillar for support," he wrote in the post.

The post dedicated to the friendship of Sanjay Dutt and Irrfan Khan follows after several speculations doing rounds around the health condition of the Sadak actor after he announced a break from work citing health problems.

"I humbly request journalists and human curiosity to ease on the speculation, the details. I know that's your job but I also know that a sense of humanity persists in our soul, so give Sanju bhai and his family the existential space they need," Babil's post read.

Dubbing Dutt as a "tiger," he also urged people to let him fight the battle of his health alone.

"Please; I beg you, let him fight this without the anxiety of media, you must remember we're talking bout Sanju baba here, he is a tiger, a fighter, the past doesn't define you but it sure does evolve you and I know this will be over with Sanju Baba smashing hits again," Babil's post further read.

After being hospitalised for two days due to breathlessness, Dutt had earlier this month announced that he is taking a break from work due to his health conditions.

Following Dutt's announcement, his wife Manyata Dutt released a statement sharing an update about his health, and urged people to not "fall prey to speculations and unwarranted rumours"

These were the details of the news Bollywood News - Sanjay Dutt was first to extend help after my... for this day. We hope that we have succeeded by giving you the full details and information. To follow all our news, you can subscribe to the alerts system or to one of our different systems to provide you with all that is new.