Bollywood News - Sanjay Dutt asks fans to pray for him as he... 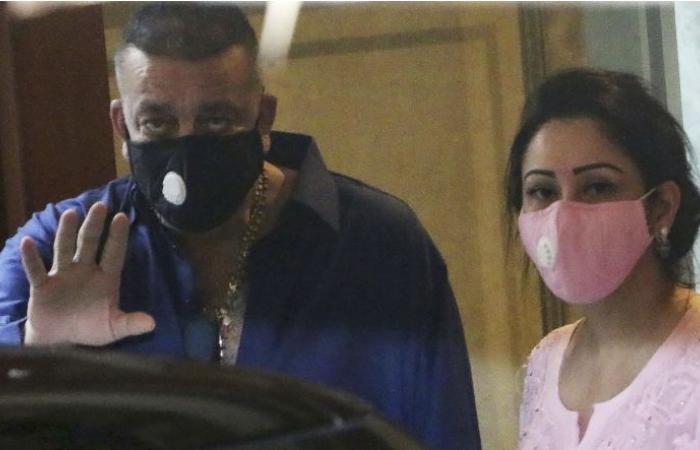 Thank you for reading the news about Sanjay Dutt asks fans to pray for him as he... and now with the details

Bollywood actor Sanjay Dutt was snapped outside his home on Tuesday evening as he left for Mumbai's Kokilaben Hospital where he has been going for medical treatment.

According to an ANI report, the actor asked his well-wishers to pray for as he left for the hospital, "Pray for me," he said.

Dutt was accompanied by his wife Maanyata Dutt, who recently returned from Dubai where she was stranded due to the lockdown. The actor's sisters Priya and Namrata were also there.

Dutt was admitted earlier this month to Kokilaben Hospital after complaining of breathlessness. He tested negative for Covid-19, but he took to Twitter after he was discharged to announce that 'taking a short break from work for some medical treatment'.

The actor has not yet officially commented on the nature of his illness.

These were the details of the news Bollywood News - Sanjay Dutt asks fans to pray for him as he... for this day. We hope that we have succeeded by giving you the full details and information. To follow all our news, you can subscribe to the alerts system or to one of our different systems to provide you with all that is new.