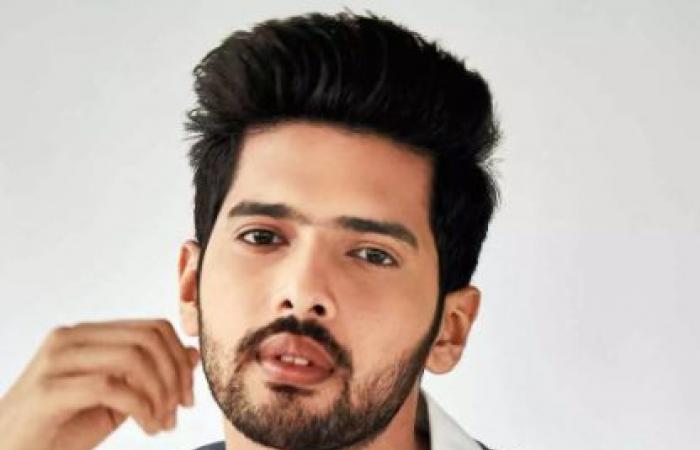 Thank you for reading the news about Armaan Malik: Didn't use family name to further... and now with the details

Aden - Yasmine El Tohamy - Armaan Malik hails from a musical family, but was always clear that he wanted to establish his identity, no strings attached. The singer says he wanted to make it on his own mettle and not use his family name to further his career.

"I've had a very clear vision of establishing my unique identity since the beginning of my career," Armaan told IANS while talking about how he has evolved as a singer.

"When you belong to a family steeped in musical excellence, everyone around you expects you to follow the same path and obviously have everything laid out for you along the way. But I knew I wanted to make it on my own mettle and not use my family name to further my career," he added.

Armaan is the son of music composer Daboo Malik and nephew of Anu Malik. He is brother of composer Amaal Mallik.

"At the age of nine, I even submitted audition for the popular Indian singing reality show Sa Re Ga Ma Pa Li'l Champs with only my first name - Armaan. I made it to the top 10 of the show. I only did this because I wanted to know deep inside that I could chart my own journey the way I wanted to and not be looked at differently just because of my famous musical family," he added.

The Bol Do Na Zara hitmaker continued: "The journey after the reality show was exciting. I started singing for a lot of advertisement jingles and voice-overs for various famous brands in different Indian languages. Through this process, I interacted with some really talented composers and music producers, who later on went on to give me my Bollywood playback- breaks in films like Bhootnath, Taare Zameen Par (as a child singer)."

"For about four years, I was singing for almost all the children's movies that were being made in the industry and then a few years down the line when I was 18, I started my proper career as a full-fledged playback singer," he recalled.

"With each passing song, my audience grew. I was being recognised on various platforms. Even though Bollywood is the centrepiece of the Indian music industry, I started doing non-film music that featured me in the music videos and through this parallel process, people not only knew my voice but also got acquainted with the face and my persona as an artist," added the singer, who is also a part of Vh1 Sound Nation League 2020.

"With my two international releases Control and next 2 me, I feel I am one step closer to realising this dream. My English-singing career is not just about one or two tracks, its a journey. Eventually, I will release an EP or put out an album. Given the scenario we all are facing currently, I'm just taking it as it comes," he said.

"All my English repertoire is made with an international perspective in mind. My goal with this project is to reach out to global listeners and introduce my music and artistry. Honestly, a lot of India's youth listens to this kind of English music too, so while the song attracts listeners worldwide, it's not going to alienate any listener here either," he summed up.

Armaan stressed that "all these years" he has been trying to define success and make an image of it in his head, "but it is next to impossible to define it".

"Having said that, I feel if you can manage and strike a balance between your personal and professional life, that's success to me," said the singer.

These were the details of the news Bollywood News - Armaan Malik: Didn't use family name to further... for this day. We hope that we have succeeded by giving you the full details and information. To follow all our news, you can subscribe to the alerts system or to one of our different systems to provide you with all that is new.