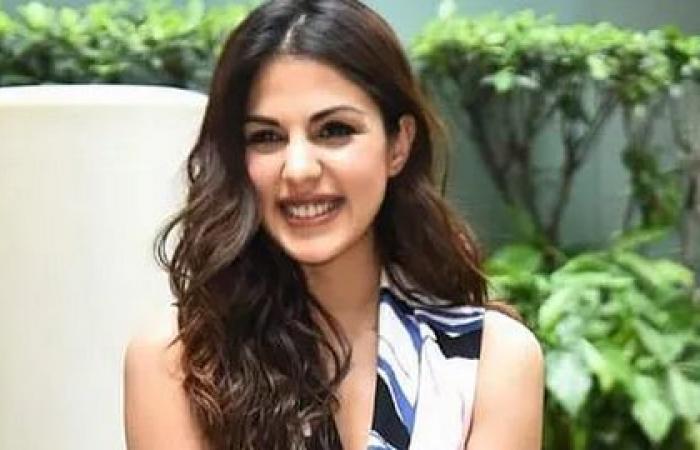 Thank you for reading the news about Rhea has no link with abusive Insta account... and now with the details

Aden - Yasmine El Tohamy - An unverified Instagram account has been sharing posts over the past few days targeting the family of Sushant Singh Rajput. The account claims to be fighting to ensure justice for Rhea Chakraborty, girlfriend of the late actor. Her lawyer however denied the actress has any link with the account.

The Instagram account is operated with the name suhrita_sengupta78 and tags all posts with #justiceforrhea. The profile description reads: "Suhrita Sengupta, Writer Feminist, Proud Bengali, #stopharasement."

The account has been posting photographs of Sushant's father KK Singh, his sisters Shweta Singh Kirti and Mitu Singh and targeting them with posts containing abuses and often uses filthy language.

When IANS contacted Rhea Chakraborty's lawyer Satish Maneshinde, he gave a statement saying his client had no connection with the above-mentioned Instagram profile. He also claimed that the account was fake.

"Most of these accounts are fake, and not to my client's knowledge," Maneshinde said in his statement to IANS.

"Hence proved sushant was a psycho, going through deep depression and he probably had secret past with Disha Salian. Did sushant molest and get her pregnant and she had no choice but to kill herself? anyway due to his mental illness he chose to hang himself. World got rid off one dirt. #justiceforrhea #rheaisinnocent #stopwitchhunting #rheachakraborty #rhea #sushantsinghrajput #sushant #disha #sadak2 #aaliabhatt #maheshbhatt #poojabhatt."

Sharing a photo of Sushant's sister Shweta, another post reads: "How decent she is looking these days when she is demanding for CBI. Where was she when her brother was fighting bipolar disorder and was in depression? At that time only Rhea was taking him to doctors. Such a shame these cheap women were busy shopping and enjoying. Don't play drama here we can see what has happened."

Sharing a photograph of Rhea, the post reads: "Daughter of India who represents true values and sanskar of Indian culture Rhea Chakraborty will rise up from this difficult situation and mata rani will protect her innocent child Rhea. Jai maa kali.

Many of Sushant's fans are trying to find out if a woman named Suhrita Sengupta indeed exists or if she is in any manner related to or is associated with Rhea. Some believe it is nothing but a "paid troll account" meant to demotivate them in their campaign for demanding justice for SSR.

These were the details of the news Bollywood News - Rhea has no link with abusive Insta account... for this day. We hope that we have succeeded by giving you the full details and information. To follow all our news, you can subscribe to the alerts system or to one of our different systems to provide you with all that is new.