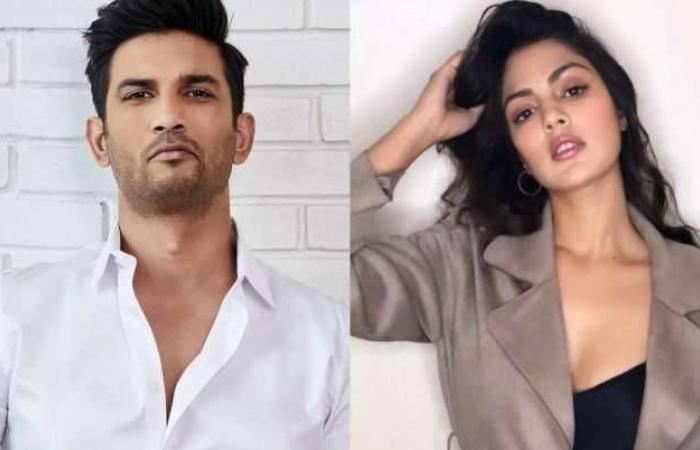 Thank you for reading the news about Rhea reveals details of 2019 Europe trip with... and now with the details

Aden - Yasmine El Tohamy - She claimed he had 'hallucinations' on the trip and his health deteriorated upon returning home to Mumbai.

Late actor Sushant Singh Rajput and Rhea Chakraborty travelled to Europe in October 2019, after which his health reportedly deteriorated, his former domestic help Ashok revealed to India Today. The subject of the trip has come up very often in discussions pertaining to the actor's death in Mumbai on June 14.

According to sources, Rhea Chakraborty alleged to officials in a statement that the couple were on vacation in Florence, Italy, in October 2019 when Sushant first showed signs of mental illness.

Rhea reportedly told officials that they were staying at a 600-year-old heritage hotel which had huge rooms and old paintings, one of which was Francisco Goya's 'Saturn Devouring His Son'. Rhea was in another room with her brother Showik Chakraborty, and when she returned to Sushant she found he was visibly shaken, and was chanting some mantras.

When she asked him what the matter was, he was unable to explain clearly, and said he could 'see the characters' in the painting. Rhea and Showik then slept with Sushant in the same room that night. She alleged he had 'hallucinations' about the painting.

Rhea, Sushant and Showik then reportedly left for a detox centre in Austria, but returned to India October 28 because Sushant was not feeling well. Rhea alleges he was devoid of energy after returning from the trip and would remain silent for long hours.

Rhea also alleged that Sushant was taking medical help for his condition (bipolar disorder according to his therapist) and claims she slipped into depression as well. On June 8, Sushant reportedly told Rhea that she should go back to her home, and that it would help her recuperate. Rhea alleged she didn't step out of her room, until she heard of Sushant's death on June 14. Sushant had even allegedly messaged Showik Chakraborty and asked about Rhea's well-being on June 10 through SMS.

On his birthday on January 21, 2020, Rhea had posted an Instagram picture from the Blue Grotto in Capri, Italy, of the couple as she wished him a happy birthday.

These were the details of the news Bollywood News - Rhea reveals details of 2019 Europe trip with... for this day. We hope that we have succeeded by giving you the full details and information. To follow all our news, you can subscribe to the alerts system or to one of our different systems to provide you with all that is new.