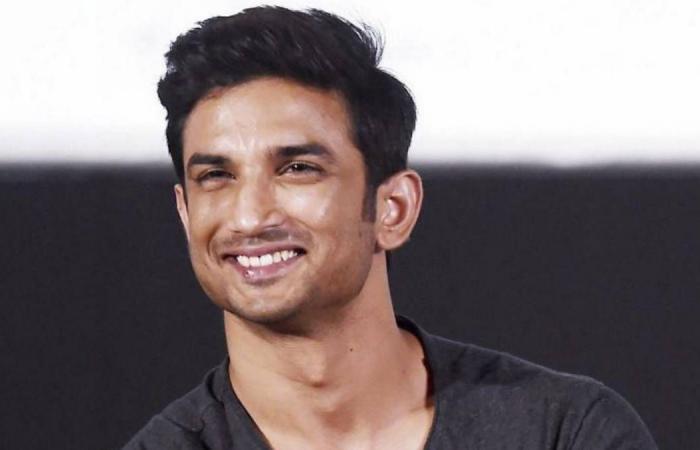 Thank you for reading the news about Sushant Singh Rajput couldn't have committed... and now with the details

Aden - Yasmine El Tohamy - While the controversy behind the death of Sushant Singh Rajput is taking new turns everyday, Ankit Acharya, who was the actor's personal assistant for over three years, on Tuesday said that it was impossible that Sushant would commit suicide, and that his death was a murder.

"I worked as Sushant's personal assistant from July 2017 till July 2019 though I'm not sure about the nature of my exit -- whether I was sacked or not. I was responsible for everything, from his shoots to all his other work, I used to be with him 24x7. I used to take full care of him including his food, medication, appointments and everything else. It was more like being a family member," Ankit said.

When asked as to who he felt was behind Sushant's death, Ankit said, "Well, I can't comment on it, it would be best if investigating agencies talk about this."

"But, I tried to know more about his death so I started to go in depth, I saw that there were bruises near his eye. Secondly, the marks on his neck were not of the "green cloth" but are of the belt of his dog Fudge as the round mark is of the dog belt's buckle," he added.

The ex-manager further said that he was on leave when Rhea entered the late actor's life.

"Well, I was on leave when Rhea entered his life and I never had a face to face interaction with Rhea. Had I had one, I would have never let this (death) happen," he said.

"Before Rhea's entry, Sushant Bhaiya was a very jolly person, he was always happy and motivating others. He used to play cricket with us; he also had a habit of writing poetry and posting it on Instagram. But since Rhea came in his life, he lost that joy," Ankit narrated.

Recalling his last meeting with Sushant, he said, "I remember when I went to collect my last salary, his face seemed dull and he seemed to have lost that joy. I wanted to meet him but then I thought I won't be allowed to meet him, but, he waved back at me when I said bye."

When asked about the late actor's relationship with his family, Ankit said, "I used to talk to his sister and brother-in-law who lived in Delhi every time they used to come to Mumbai. Whenever they used to come, Sushant Bhaiya was really happy, they used to have food together, talk and have a lot of fun."

While Ankit has alleged that Sushant was strangulated by his dog's belt, Sushant's father counsel's told the Supreme Court today that the mark seen on the actor's neck was a belt mark.

Sushant Singh Rajput's father K.K. Singh told the Supreme Court that Mumbai Police summoned everyone "except the real suspects or accused" in the case of his son's death, and argued that the mark seen on the actor's neck could be of a belt.

"His daughter could enter the flat after the body was reportedly brought down. Nobody in the family has seen his body hanging," senior advocate Vikas Singh, appearing for the late actor's family, argued.

The Supreme Court today reserved its order on Rhea Chakraborty's plea for transfer of the FIR lodged in Patna by Sushant Singh Rajput's father to the Mumbai Police.

A single-judge bench of Justice Hrishikesh Roy noted that Rhea herself has pleaded for a Central Bureau of Investigation probe.

Both the Bihar government and Sushant's father are seeking a CBI probe into the actor's death, while the Maharashtra government opposes it. The top court has asked all the parties in the case to file written submissions by Thursday.

The Bihar government alleged there was political pressure to stop registration of an FIR in Mumbai and Solicitor General Tushar Mehta, representing the Centre, argued that the arguments made by the Chief Ministers of both Maharashtra and Bihar during the case makes it a fit case for a CBI inquiry.

Rhea's counsel, however, contended that the FIR in Bihar was at the behest of Chief Minister Nitish Kumar there, and if there were to be a fair investigation, it can't be at the instance of Bihar Police.

Stressing that the transfer petition should be allowed, Rhea's counsel insisted that the effective investigation should be in Mumbai, as it is also the place of original jurisdiction.

Sushant was found dead in his flat in Mumbai's Bandra on June 14.

These were the details of the news Bollywood News - Sushant Singh Rajput couldn't have committed... for this day. We hope that we have succeeded by giving you the full details and information. To follow all our news, you can subscribe to the alerts system or to one of our different systems to provide you with all that is new.