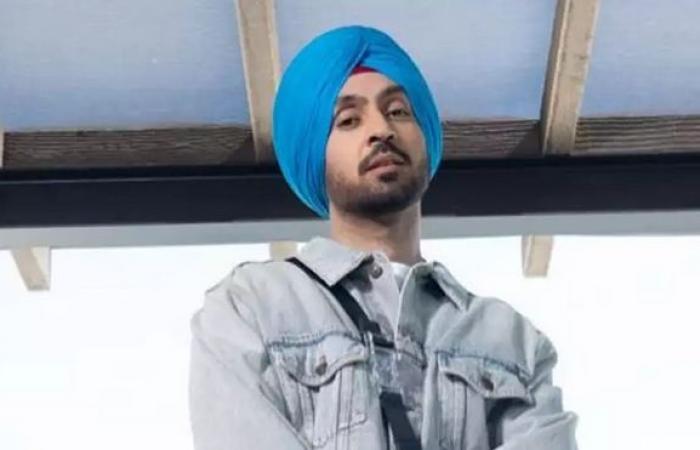 Thank you for reading the news about Diljit Dosanjh's latest album 'G.O.A.T.' is... and now with the details

Aden - Yasmine El Tohamy - While several Bollywood celebrities have been impressing fans with their domestic skills on social media during the lockdown, Punjabi heartthrob Diljit Dosanjh took his act a notch up. The singer-actor put on a chef's hat and whipped up some exotic dishes while keeping viewers thoroughly entertained with his rib-tickling one-liners during the cooking process.

"It happened that I was in Mumbai (at home). My regular cook couldn't come home. So, I didn't have any other option but to learn how to cook. That's how it all started," the Udta Punjab actor said when asked about his culinary expertise.

However, that was not all the singing star was engrossed in during the lockdown time. He was busy with his latest Punjabi album, G.O.A.T., which dropped worldwide on July 30. But just a day before that, he released the title track from the album which went on to create a sensation on YouTube, garnering over 11 million views in less than 24 hours of its release.

The single detailed the singer's showbiz journey - from his music and movies to his concerts to becoming the first turban-wearing Sikh to have his statue at Madame Tussauds wax museum. Stars from the entertainment industry quickly took to social media to praise the song, including singers Gurdas Maan, Badshah, Yo Yo Honey Singh, as well as actors Vicky Kaushal, Angad Bedi, Arjun Kapoor, Neha Dhupia, among others.

"G.O.A.T. is short for Greatest of All Time. It's been 18 long years (for me in the industry) and I am still here. Everyone knows I'm still in the game.  Though a lot of buzz was created for the album, I want fans to listen to it and give me their opinion."

Dosanjh has a massive fan following for his music, and the response to the single, G.O.A.T. has only been impressive so far. However, the singer had to take to social media to create buzz for the album. "This is the first time I've been a part of something (a promo) like this and now the song is trending No.1 worldwide. Thanks to Spotify who arranged the Listening Party with Diljit on Twitter we got an amazing response. The excitement I felt while promoting this album was the same as releasing my first album."

The singer is among a lot of artists who used their spare time during the quarantine period to come up with new material. When asked what inspired the album, he said, "Music is my life and I don't need any inspiration to make music. But I want to thank Covid-19 for giving me the time to create new music."

The album combines modern grooves with peppy desi beats and catchy lyrics. Dosanjh has managed to successfully infuse a variety of music styles into his compositions. "I've mixed various styles and different genres in my songs. You'll only understand what I'm talking about when you hear the album," said the Good Newwz actor.

As far as movies are concerned, Dosanjh is on a roll. "I'm working on a Netflix project with director Ali Abbas Zafar. The movie was set to start shooting 10 days before the lockdown, but filming was halted (due to Covid-19). We will resume shooting after the restrictions are lifted. I also have a Punjabi movie coming out soon. It's a period film called Jodi. Then, I  have two Hindi films - one I've already shot while the other one will hopefully start filming soon. So, there's a lot of movies I'm working on," he added.

Dosanjh is an American citizen and shuttles frequently between North America and India, but he admits that no matter where lives, he will be a Punjabi at heart. He has little interest in any Hollywood  film or music collaboration. "I am a true blue Punjabi. No matter where I go or where I live - be it America or Punjab, I will always remain a Punjabi!"
[email protected]

These were the details of the news Bollywood News - Diljit Dosanjh's latest album 'G.O.A.T.' is... for this day. We hope that we have succeeded by giving you the full details and information. To follow all our news, you can subscribe to the alerts system or to one of our different systems to provide you with all that is new.